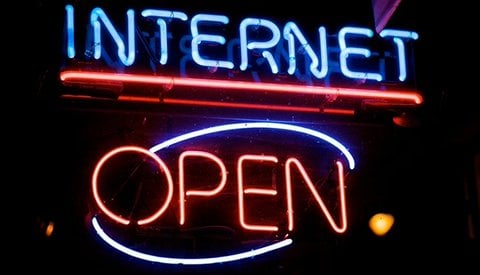 After the huge debate about net neutrality triggered by Airtel; two of the major partners who had initially agreed to be part of platforms such as Airtel Zero and Internet.org have pulled out.

Flipkart’s official statement said that the company has always believed in the concept of net neutrality. “We exist because of the Internet. Over the past few days, there has been a great amount of debate, both internally and externally, on the topic of zero rating, and we have a deeper understanding of the implications. After reviewing implications of zero rating deeply, we reached the conclusion that it does not meet our standards of net neutrality and violates the principles that we stand for,” said the official statement

Flipkart said that it will be walking away from the ongoing discussions with Airtel for its platform Airtel Zero. “We will be committing ourselves to the larger cause of Net Neutrality in India. We will be internally discussing over the next few days, the details of actions we will take to support the cause. We will be working towards ensuring that the spirit of net neutrality is upheld and applied equally to all companies in India irrespective of the size or the service being offered and there is absolutely no discrimination whatsoever.”

Cleartrip walks out of Internet.org

Cleartrip which had decided to participate in the Indian launch of Internet.org, said that the recent debate around net neutrality made it rethink its approach to Internet.org.

If Cleartrip supports Net Neutrality, then one might legitimately ask why Cleartrip chose to participate in the Indian launch of Internet.org.

Here’s why: a few weeks back, Facebook reached out and asked us to participate in the Internet.org initiative with the intention of helping us deliver one of our most affordable products to the more underserved parts of the country. There was no revenue arrangement between us and Internet.org or any of its participants — we were neither paid anything, nor did we pay anything to participate. Additionally we don’t make any money out of that product. Since there was absolutely zero money changing hands, we genuinely believed we were contributing to a social cause.

But the recent debate around #NetNeutrality gave us pause to rethink our approach to Internet.org and the idea of large corporations getting involved with picking and choosing who gets access to what and how fast. What started off with providing a simple search service has us now concerned with influencing customer decision-making by forcing options on them, something that is against our core DNA.

So while our original intent was noble, it is impossible to pretend there is no conflict of interest (both real and perceived) in our decision to be a participant in Internet.org. In light of this, Cleartrip has withdrawn our association with and participation in Internet.org entirely.

We believe that the Internet is a great leveller and that freedom of the Internet is critical for innovation. Cleartrip is and always will be a fully committed supporter of #NetNeutrality.