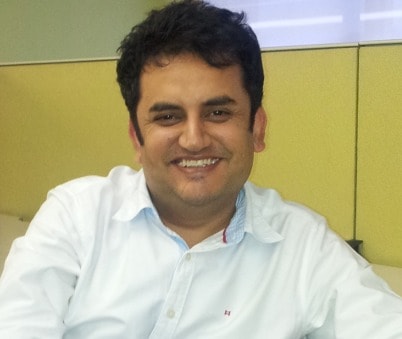 Online travel dominates the eCommerce market in India, accounting for nearly 71% of the total eCommerce share, followed by online retail (16%). The popularity of online travel segment can be gauged from the fact that average time spent by Indian users on travel portals is the highest in the world.

Given this scenario, eCommerce players in the travel space constantly need to innovate and adopt the latest technologies to stay ahead of the competitors. This is the key reason that motivated popular travel website Via.com to evaluate analytics technologies. Launched in July, Via. com is currently present across 2,400 towns and cities of India through its 20,000 partners.

THE BUSINESS NEED
As Via.com grew, it started encountering challenges with some of its traditional processes. The company relied on an Excel-based solution, along with its organic system for reporting. However, it was facing issues in tracking its network of partners across regions including India, Philippines, Singapore, and Indonesia using the existing systems. Further, it was becoming difficult for the company to monitor data thefts and sales across lines of business.

To overcome these challenges and maintain its market leadership, Via.com decided to tap the power of analytics. Thus, it adopted SAS Visual Analytics, after evaluating various solutions available in the space.

ANALYTICS ADVANTAGE
Earlier, generating reports in Excel sheets was a time consuming task and led to additional cost on account of resources. With analytics, Via.com has been able to automate most of its processes, which has significantly reduced time spent in report generation.

“Earlier our reports used to take 5 to 6 hours in a day, whereas now we can generate them within one and a half hours. So that saves a lot of time,” informs Manish Jaitly, Head Analytics, Via.com. By adopting analytics, the company is able to track its partners’ sales performance, identify business issues, and accordingly address them in a timely manner. Today, Via.com can closely monitor the performance of each partner—and most of its partners do about 40,000-50,000 transactions on a daily basis. In addition, analytics has enabled Via.com to identify and resolve issues within 24- 48 hours, which in turn helps the company in delighting partners and end-customers. Further, analytics empowers the company to thwart data thefts.

“Ours is a growing company and there are a number of stakeholders. We have faced a few cases of data theft where the agents would send our data to our rivals. With analytics, we have been able to stop data thefts. Now we don’t give the permission to everybody—a very few people have access to the data,” states Jaitly.

Another crucial area where analytics is delivering value is providing good quality data to the sales team. Earlier, the sales team was getting data in Excel sheets, which posed a lot of difficulty and in turn impacted the team’s performance. Analytics has not only improved the quality of data but has also enabled the sales team to access data anytime, anywhere. This has automatically led to improvement in performance of the sales team.