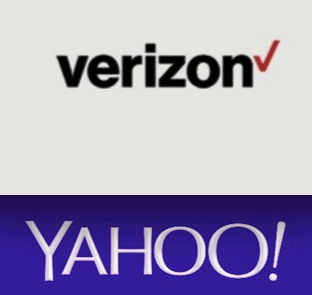 Yahoo, as per reports, has finally closed a deal to sell its core Internet assets to telecom giant Verizon in a deal pegged at $4.8 bn ( as per Bloomberg). While Yahoo has not confirmed the deal, going by multiple reports, it looks like Yahoo, after many quarters of uncertainty has finally inked something substantial. The assets Verizon will acquire will range from Yahoo News, Mobile Apps, websites and properties like Tumblr blogging service and the photo sharing site Flickr.

According to NY Times, it said, “After the sale, Yahoo shareholders will be left with about $41 billion in investments in the Chinese e-commerce company Alibaba, as well as Yahoo Japan and a small portfolio of patents.”

Marissa Mayer, the current CEO of Yahoo has had her share of highs and lows in the company, and her management style often criticized and her capability to steer Yahoo to the next orbit of growth increasingly questioned by Yahoo’s shareholders. Reports suggest that she will not be CEO once the deal is inked and most likely will get a massive severance payout to the tune of $57 mn.

Yahoo defined the dot.com boom once, but since the last few years lost its core USP as analysts struggled to make sense out of the myriad assets of the company  and  inability to monetize the properties in a big way for this day and age of social media. In many ways, Google and Facebook and other social media platforms like WhatsApp killed Yahoo’s sweet spot in many areas.

As Yahoo’s future increasingly became myopic with Mayer unable to create a turnaround roadmap. And what Yahoo achieved in the heydays of the Internet boom just became a thing of the past.

Today it has settled for a sub $5 bn price, peanuts compared to the price Microsoft offered close to $44.6 bn in 2008 and ultimately spiced it up, but Yahoo was reluctant to go forward at that time, much to the dismay of its shareholders.

But a telecom company like Verizon buying content companies looks perplexing, obviously it will be more interested in advertising technologies and gain advantage from the unique visitors these sites have from across geographies. Ultimately Verizon will use these assets to build a media platform that will ramp up its core business revenues.

It is still unclear how Verizon will play around with Yahoo. Nevertheless, the acquisition of Yahoo marks the end of a company that was once the heartbeat of Internet and a legend which has had its share of glory and sadly refused to innovate to the new normal Internet age.

What Covid-19 means for the data breach landscape?