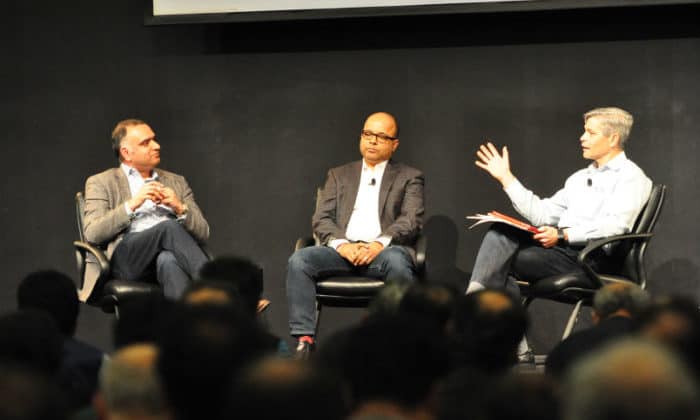 Recently, IIT STARTUPS (a non-profit Accelerator) was launched in an event at The Computer History Museum, Mountain View, California. The event was organized by Aman Walia, President of IIT Bay Area.

IITs are currently ranked 4th after Stanford, Harvard and Berkeley in Unicorn Startups (valuation over $1 Billion) and the IIT STARTUPS Accelerators will address a long felt need which will help IITians surge to greater heights.

A panel discussion was followed with the current generation of Unicorns Dheeraj Pandey, Founder of Nutanix and Bipul Sinha, Founder of Rubriks, who were moderated by Ravi Mhatre, Founding Partner, Lightspeed Ventures. The discussions were sharp and offered the fledgling Startups in the audience an insight into what it takes to succeed,

Monishi Sanyal, Founder & President of IIT STARTUPS said “this is the first step in our journey to build a World Class Accelerator. Our next steps are to run Workshops, provide Mentorship, Incubation and connectivity to 11,000+ IIT Community, Advisors, Angels and VCs in Silicon Valley. In 2019 the plan is to expand the operations by collaborating with the IIT Research Parks in India.”

The event witnessed over 400 IIT Startups, Angels, VCs and Mentors.

Posted by: Malavika Sacchdeva
View more posts
Tags:IIT STARTUPS, IITians
Venture Launched to Accelerate IITians 0 out of 5 based on 0 ratings. 0 user reviews.
Avoiding Cyber Security Threats Through Timely Up-Gradation of ERP Systems
2018 To Be The Golden Era Of Cloud In India