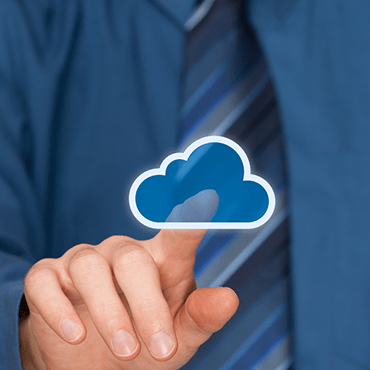 Globally, making businesses agile and ensuring Availability through the year and round the clock is gaining significance and momentum. Riding on this opportunity, Veeam has optimized its business growth. Announced as part of its 2017 results, Veeam has had its most successful year in the company’s decade-long history and surpassed expectations by achieving $827M in total bookings revenue in 2017, an increase of 36% year-over-year. In record breaking results, Veeam reported 62% growth in enterprise deals and a massive 500% annual growth for deals over $1 million. The company’s continued innovation, enabling Availability of virtual, cloud and physical workloads for enterprises of all sizes has driven the success of the company.

“Organizations across the globe are dealing with massive data sprawl, and the need to ensure Availability of data and applications across a complex multi-cloud environment has never been greater,” said Peter McKay, Co-CEO and president of Veeam. “We continued success in the mid-market while also expanding into the enterprise, which is a key focus for us moving forward. Veeam continues to grow at double-digit rates as legacy competitors experience a decline. Our leadership and momentum in delivering available for any app, any data, across any cloud has us well poised to be the next billion-dollar software company by the end of 2018.”

Cloud has been the fastest growing segment of Veeam’s business for the past nine consecutive quarters. In 2017, Veeam reported 50% YoY growth in its cloud business. With an increase of 57% YoY in cloud bookings for Q4 and more than 1.1 million VMs now protected with cloud services from Veeam Cloud & Service Provider (VCSP) partners, the company’s cloud momentum is increasing.

Customer wins have also contributed to Veeam’s stellar performance. With 282,000 customers, Veeam continues to average 4,000 new customers each month and closed more than $500,000+ deals in 2017 than in the past six years combined. Customers such as The Ameritas Life Insurance Company, SkullCandy, Follett and LLC are some of the customers added in 2017. On the Partner front, more than 1,000 Veeam and HPE joint opportunities have been closed as a result of Veeam joining the HPE Complete Program, enabling customers to purchase complete HPE and Veeam solutions directly from HPE and its resellers. Additionally, Veeam expanded its partnerships with enterprise solution providers, including integrations with IBM Cloud, VMware (by announcing Veeam Availability Suite for VMware Cloud on AWS), Pure Storage, Nutanix, and N2WS.

“In what has been my first full fiscal year at the company, we’ve made many bold moves in terms of market focus, partnerships and organizational structure, and they have paid off across the board. To succeed, you need to be willing to take risks and make key decisions. During 2017, and specifically Q4, we executed on our plans to scale to a $1B company by the end of 2018, and the results speak for themselves. We strengthened our relationships with key alliance partners, such as Cisco, NetApp and HPE, which has driven more than $100M in revenue, and we added rich experience to our teams across the globe, and these steps have all contributed to our amazing success,” added McKay.

Veeam has recently announced the release of Veeam Availability Suite 9.5 U3, which allows organisations to replace multiple legacy back-up products with a single, consistent platform to ensure availability. This most recent release extends the industry-leading VMware vSphere and Microsoft Hyper V data protection to deliver No.1 Availability for any app, any data, across any cloud from a single “pane of glass.” Additionally, Veeam has also opened registration for VeeamON 2018, the world’s Premier Availability Event, which will take place May 14 – 16, 2018, in Chicago, IL. Nearly 10,000 customers, partners and influencers attended VeeamON 2017 in New Orleans, LA and the regional VeeamON Forum events held all around the world.