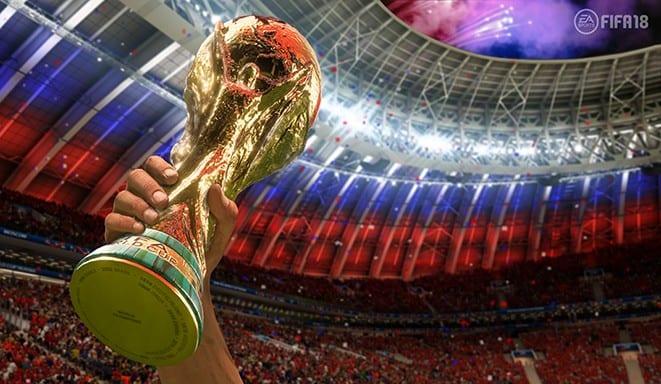 Arguably the most popular sport in the world, football is not one to easily let go of its traditional roots. Because of this, the game has always been relatively slow in terms of adopting disruptive technologies. Over the years, we have seen a lot of data analytics and intelligence employed to make viewership and team management better, but for the most part, football tries to keep its distance from modern techniques.

This trend changed drastically this year when the Federation Internationale de Football Association (FIFA) brought in three disruptive utilities to improve the sport for the better. During the world tournament that resulted in a nail-biting finale a few weeks ago, FIFA heavily relied on three major tools. These tools were marketed with interesting names — Goal-Line Tracking, Virtual-Assisted Referee, and Electronic Performance and Tracking System but, at their cores, all these systems have humble foundations in the form of everyday technologies.

Let’s now look at each of these applications of modern technologies separately to understand how they have sparked a revolution in football and how they functioned.

A very simple implementation of Internet of Things (IoT), GLT uses an NFC chip and an active magnetic field to determine whether a goal was scored or not. This notification is then sent to the referee in real-time which he can access using his Hublot watch.

According to FIFA, this year’s world cup wasn’t the first time GLT was used to make the decisions more accurate and less time-consuming. Apparently, a similar implementation of GLT was utilized in the 2015 FIFA World Cup, as well.

The idea of GLT is to fit an NFC chip inside the football and have a dynamic magnetic field around the goal-post frame. According to the rules of football, a goal is counted if the ball sets within this field for 60 milliseconds. All this is tracked in real-time and the insights are sent to the referee to call out.

This utility is a combination of various technologies. But, it primarily relies on data-driven intelligence, graphics processing and data analytics. The idea is to allow a team of virtual referees to review close calls like goals, fouls, penalties, and mistaken identities which the on-field referee cannot review on-the-go. Currently, a team of virtual referees analyze the footage and take appropriate actions.

Going forward, the VAR system can be further modified to make it completely autonomous allowing a machine to use deep learning and provide insights, as required.

A system based completely on IoT and data analytics that allows managers and referees to monitor player stats on-the-go, EPTS was a tool that mostly stayed in the background this year. This tool was exclusively meant for usage by the teams playing in the tournament and not for public viewership. This system allows anyone with clearance to track energy levels, stamina, heartbeats, positioning data, passing, pressing, speed, and tackles of a player in real-time.

This year, FIFA provided every team with three tablets that summarized this data and allowed the managers and coaches to monitor player stats and video highlights. The sensors employed this year include a global positioning system (GPS) setup, a local positioning system (LPS) setup along with an array of gyroscopes and accelerometers that collect data in real-time.

These three new tools that were introduced in the 2018 FIFA World Cup have shown us that football can shed its traditional shell and further advance with digitization.

Unlike a decade ago, football is changing for the better by adopting trending technologies. It will be interesting to see what new utilities FIFA comes up within the next world cup and how GLT, VAR, and EPTS evolve with time. But, one thing’s for sure, this new technological phase in football’s history is surely going to be an important milestone in the game’s journey to become better than ever before.

Rethinking Digitization and Data science in a post- COVID world

You might have come across this cliché – COVID-19 has accelerated the shift to digital.…