Mr. Tao Li started working in the internet industry in the year 1999. His industry experience helped him develop an acute business sense and in-depth thinking of the global internet industry. He decided to create APUS in June 2014, following his success as Senior Vice President, Qihoo 360, a Chinese internet security company known for its antivirus software, Web Browser, and Mobile Application Store. He also believes in using disruptive technologies to provide a personalised user experience.

A serial entrepreneur, TAO is also an active venture capitalist. One of his goals is to help start-ups realize their potential to become global businesses. He has invested in several start-ups in the media, virtual technology and video advertising domain across the world.

Prabhu Ram, Head-Industry Intelligence Group, CMR, touched base with Mr Li, over a free-wheeling conversation around APUS and its target market.

Tell us about APUS and its growth in China and other markets.

APUS is an app developer from China, focusing on Internet-related services to the global market, especially about the tools and operating system development for Android smartphone users. Established in 2014, APUS is dedicated to becoming the provider of an enhanced Android system – APUS System, which is specialized in facilitating the early adopters of Android smartphones to get access to the Internet with their device.

APUS has focused on emerging markets, such as South America, the Middle-East, South and South-east Asia and Africa. APUS was recognized as a unicorn company domestically and internationally by The Wall Street Journal in 2015, and it has reached 1.4 billion users globally in less than five years At APUS, the focus has been on the experience enhancement of Android smartphone users, in power saving and security protection. APUS System not only strengthens the function of accessing the Internet, but it also integrates browsers, the news centre, the app market, the games centre and search engine into one system, providing a one-stop solution for Internet users. 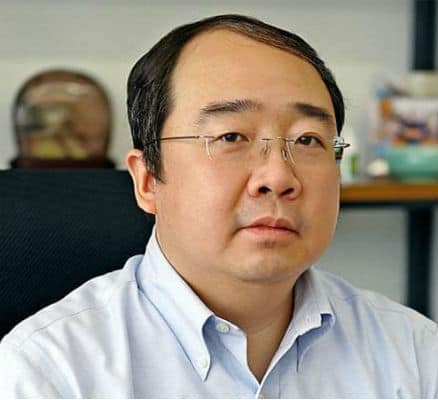 Can we touch upon the core tech portfolio and the product suite powering APUS?

APUS has been building the APUS system on the five basic modules of:

How is APUS looking at succeeding in a hyper-competitive market, such as India?

India is the world’s second-largest market for smartphones after China, and it is the most attractive destination for numerous smartphone makers in China, South Korea and Taiwan. Over CY2019, the smartphone market in India is anticipated to continue its double-digit growth with the popularity and focus on budget phones, attractive finance schemes, aggressive offline expansion by key smartphone makers and push by the online platforms driving this growth. The rise in smartphone sales in India is directly related to interesting trends, such as:

• A growing number of millennials aged between 17 and 35 years of age, always on the go

• Preference for the mobile phone over TV for consuming content online with a strong impetus given to user experience.

Many of these trends are like China’s market. With two-thirds of its 1.2 billion people under the age of 35, India offers numerous opportunities for our company. Apart from the colossal growth in smartphone sales, India, being an Android-driven market, creates a conducive environment for our company. Referred to as a Chinese tech unicorn, APUS has brought superior quality offerings specialising in Android development and information services such as APUS Launcher, APUS Browser, APUS Messenger Centre and APUS Flashlight. India is a crucial market for us, and we would continue to make efforts to study India’s Internet industry and consumer behaviour to innovate and achieve greater scalability here. We are looking to make India our base for Asia and further strengthen our presence as we evaluate more partnership opportunities with Indian firms.

What are the challenges that APUS has faced in India, and how did it overcome them?

The biggest challenge lies in localisation. There are some crucial targets Internet-driven companies like ours to consider in the process of localisation, such as politics, policies, laws, varied cultures and religions. Therefore, as a Chinese company that embraces the overseas market, we need to respect the local culture fully. It is sometimes hard for global technology companies to assess the demands of the heterogeneous population in India, considering the varied consumer demands and expectations and diversity in terms of culture and language. Ever since we launched in India, we have been working towards collecting and analysing the data of the consumers using our various products, such as APUS Launcher and APUS Browser. We are attempting to understand and serve our Indian users better. We have also been using disruptive technologies, such as Artificial Intelligence and Machine Learning, to ensure that we provide a personalised user experience to the consumer.

Our respect for local culture is one of the key reasons for APUS’ success— that we have managed to gain 1.4 billion users worldwide in the past five years. This challenge is going to last as APUS is building a global ecosystem. We have set up branches in all the main overseas markets to realise localisation better. For instance, we set up a localised R&D centre and marketing platform in India. The marketing platform takes on the functions of business development, marketing communication and investment as we believe that the local people have a better knowledge about local culture, religions and laws.

How is the acceptability for mobile launchers shaping in India for APUS?

APUS has more than 1.4 billion users worldwide, and nearly 20 per cent of its users here in India, our largest user base. At present, APUS focuses on promoting APUS System, which consists of a series of functions, such as search, browser, launcher, app download, game centre and news aggregation.

• According to the data of Google Play Store in 2017, APUS Launcher, Browser, security Elite and Booster were ranked in the Top 10 list of classified app downloads.

• Among them, Powerful Cleaner became the most popular cleaning and acceleration app in India.

• In 2018, APUS Launcher was ranked second in the most common desktop app for Indian users.

• In 2017, APUS Security ranked third in the most common security application for users in India.

We hope that there will be 100 million new APUS users in India by the end of 2019. At the same time, we will continue to launch three to five new products in the Indian market, to become the largest platform that provides Internet access to Indian users.

Are there client partnerships/success stories that APUS could provide in India?

APUS is betting on the media and entertainment industry in India. As per the KPMG Media and Entertainment Report 2018, the industry inched closer to the Rs. 1,500-billion mark in 2017-18 (FY18). With a rapidly growing digital user base, the industry clocked a growth of 10.9 per cent in FY18, reaching Rs. 1,436 billion, which had a positive impact on demand across sectors, such as films, digital advertising, animation and VFX, gaming and music.

APUS has collaborated with content service providers, such as InMobi—India’s largest and the world’s third-largest mobile advertising technology company, and Hotstar—the largest online video platform in India— to provide rich and wonderful content for Indian users. After four years of app development in India, APUS began to realise that the operating system and related tools could not meet all the requests from users.

Users demand content and service-related apps, such as picture, video, games, e-commerce. APUS started to shift its strategy from pure growth of user acquisition to “platform and ecosystem.”

For instance, APUS has launched a browser “Vidmax” in India in early 2019. It enables the user to explore, view, search and download videos through in-app functions of the “video browser.” Users get to enjoy a stream of video content when they can open the browser on its homepage, with all the content being supported by content partners, such as Hotstar.
Vidmax had more than 1000 per cent growth rate in the early months of 2019, and as a result, it also enhanced the viewership of Hotstar to about 10 per cent increase in about five months.

Going forward, what would be the key focus areas for APUS in the Indian market?

First, we will continue to expand in India, as there are many people here who don’t have access to the Internet. In 2018, while providing ecosystem services for users, we felt the need to improve localisation, which means a better understanding of politics, culture, religion and economy. We will continue to focus on localisation in India to build a strong ecosystem for local users. It is crucial to note that over the years, APUS is not only developing products, technology and business models, but it is also promoting local Internet development in various countries, including India.

APUS provides advanced technology and capital as we feel that only when a robust Internet infrastructure is developed, there will be more content and service developers. In 2015, APUS set up a branch in India and is largely hoping to integrate more closely with the Indian market. Moreover, we have also set up a research and development centre in India, aiming at helping many IT personnel to provide better services to local users through their creativity. We are confident that our products will become more popular in India, and we will eventually be able to establish our brand APUS through our products and local offices and make ourselves a household name.

What lies ahead for the APUS brand?

Currently, we provide Internet access services to help users surf the Internet, search and browse, download apps and watch the news. In future, we will build an ecosystem and bring in more content, including music, video, books and other resources to local users. We will also cooperate with local partners to provide day-to-day services, e-commerce and financial services through the APUS platform. With our leading products, technologies and capital, we hope to help more local Internet enterprises, boost the local Internet industry and build local ecosystems.

We could provide local users with deeper value-added services, such as content, daily services and e-commerce. To support ecosystems, APUS is also building large data platforms, artificial intelligence systems and APUS cloud service platforms. As we embrace the post-mobile era, it is time to shift our attention from the smartphone hardware itself to all the new things the smartphone will enable, as the most pervasive form of personal computing. Drones, smart cars, smart homes, smart watches and wearable/embeddable technology serve as examples of consumer technologies emerging from the mobile ecosystem.