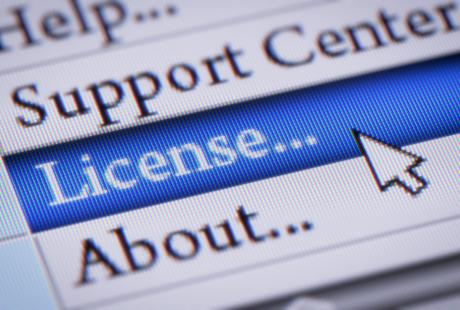 The survey, Seizing Opportunity Through License Compliance, found that in India, the percent of software installed on computers that was not properly licensed was 58 percent. This represents a two-point decrease compared with BSA’s prior study in 2013.

This rate of access has been influenced in part by important trends under way in India. The PC market decline hit, but more on the commercial side than the consumer side, where shipments remained flat and the share of the installed base grew 3%. However, the overall falling shipments, coupled with an increase in the use of free and open source software and lower prices for some paid-for software helped drive a drop in the rate of unlicensed software.

“As the report underscores, it is critically important for a company to be aware of what software is on the company network,” said BSA |The Software Alliance President and CEO Victoria A. Espinel. “Many CIOs don’t know the full extent of software deployed on their systems or if that software is legitimate.”

Among the other findings:

· 39 percent of software installed on computers around the world in 2015 was not properly licensed, representing only a modest decrease from 43 percent in BSA’s previous global study in 2013.
· Even in certain critical industries, unlicensed use was surprisingly high. The survey found the worldwide rate is 25 percent for the banking, insurance and securities industries.
· CIOs estimate that 15 percent of their employees load software on the network without their knowledge. But they are significantly underestimating the problem; nearly double that amount—26 percent of employees — say they are loading unauthorized software on the network.

Despite these numbers, the findings show a keen awareness of the problem:

· CIOs said their highest concern was loss of data associated with such a security incident.
· CIOs also said that avoiding security threats is a critical reason for ensuring the software running in their networks is legitimate and fully licensed.
· In the broader survey of employees, 60 percent cited the security risk associated with unlicensed software as a critical reason to use legitimate, fully licensed software.

The report adds that companies can mitigate the cybersecurity risks of unlicensed software by ensuring all software is purchased from legitimate sources and establishing an in-house software asset management (SAM) program. Organizations that effectively deploy SAM will know what’s on their network, and whether it is legitimate and licensed; will optimize their use of software by deploying software that’s the best fit for their businesses; will have policies and procedures in place that govern procurement, deployment, and retirement of software; and will have integrated SAM fully into their business.

Highlights in this year’s survey, by region, include:

· The region with the highest overall rate of unlicensed software was Asia-Pacific at 61 percent, a one-point decline compared with BSA’s previous survey in 2013.
· The next-highest unlicensed software rate was in Central and Eastern Europe with 58 percent (falling three-points from the rate registered in 2013), and then the Middle East-Africa at 57 percent (dropping two-points since 2013).
· North America continues to have the lowest regional rate at 17 percent, although this constitutes a significant commercial value of $10 billion.
· In Western Europe the overall rate dropped one point to 28 percent.