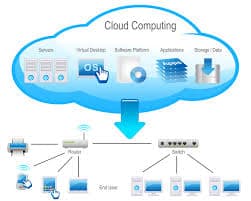 Government IT systems exist to support the programs, policies and legislation of governments today, and all of those in the past, for as long as they remain in effect. Unlike commercial organisations, however, governments cannot make a business decision to simply walk away from some element of their business because it’s hard or unprofitable.

Consider the Australian government eHealth program. It had relatively poor adoption, but the agency that implemented it was unable to decommission the program because legislation required that the system be maintained and its data held for 130 years. Situations like this can force enormously challenging practices and high costs onto government agencies.

Similarly, the growth in commercially provided government platforms — both cloud and non-cloud-based — has been focused primarily on generic applications. Those programs where the replacement team is also expected to decommission the outgoing application, largely fail as resources are overwhelmingly biased to the replacement one. This is particularly difficult when the provision of the new system has been outsourced.

Today, most government agencies allocate between 20-30 percent of their IT budgets to the creation of new capabilities. The vast majority of their budget goes to the operation and maintenance of existing systems; many of which fall into the category of legacy systems.

These legacy systems are often decades old and may have millions of lines of code that were written in COBOL, 4GL or even assembly language. They now present a considerable security concern since they were never written with modern day threats in mind.

Limited migration to the cloud
While government budgets typically show up to three percent being allocated to cloud, the true figure is frequently higher due to the continued growth of shadow IT – that is, investment in acquiring, developing and operating IT solutions outside the control of IT – within departments, delivering the urgently needed innovation to serve improved citizen outcomes.

There is evidence that little migration to the cloud is being undertaken, which means that cloud activity taking place is largely new services. This will place a larger burden on the run element of the IT budget as these services become mainstream, extending the skill set required by an already overstretched IT department.

This is in stark contrast to the expectation of many CIOs and other C-suite executives that cloud would provide an alternative or ideal technology to support the rehosting or decommissioning of the extensive range of legacy systems currently being supported — more usually simply referred to as legacy modernisation.

Protecting the CIO’s reputation
Unfortunately, the general failure to make progress in addressing legacy issues is now impacting the reputation of the CIO. Government leaders often perceive the ongoing cost and effort allocated to legacy systems as evidence of a CIO or IT organisation that is out of touch with demand and the need to address changing business circumstances or new government requirements.

These same leaders demand more innovation from IT to support transformation efforts that are intended to tackle required cost savings and changing demographics. Legacy systems ultimately act as a brake on innovation.

Government leaders continue to pursue cloud adoption, and many now understand the limitations created by decades old systems and the intrinsic security threat posed by them. These acknowledgements should allow CIOs to make a business case for the adoption of cloud as a better solution for legacy migration.

Public cloud is increasingly seen as more secure than on-premises installations, and providers are responding by providing options to requests to keep data in country. Gartner predicts that by 2018, increased security will displace cost savings and agility as the primary driver for government agencies to move to public cloud within their jurisdictions.

Identify systems with cloud potential
There are many reasons why government CIOs are struggling to make progress. Government organisations have unique challenges with legacy systems, particularly the need to support past and present programs for as long as they remain in effect. CIOs should audit their existing application landscape to determine what could benefit from a move to an agile environment and, therefore, what should be moved to the cloud.

The security and privacy stance of the organisation, as well as the classification of data, will determine whether public cloud is a possible consideration. Organisations will find that building their own private cloud is complex and hard to design and maintain in the face of changing customer and market needs.

With this knowledge, they can present senior management and politicians with information about the risks the agency is being exposed to and the benefits a funded migration program can deliver.

Overcoming low ROI for legacy modernisation
Although it’s been five years since the initial “cloud first” policies were implemented, we’ve still not seen a significant migration of legacy applications, despite the fact that these applications may be important in supporting citizens’ health and safety. Viewing it from this perspective adds different value and supports a business case to be made based on the greatest citizen impact and the potential to increase their satisfaction with government.

The migration to cloud must be seen as an organisational decision and be aligned with the current needs and future direction of the agency.

CIOs should look at commercial off-the-shelf and cloud solutions that are becoming available on the market and have the potential to be used to replace legacy systems. Solutions are emerging for the most demanding and critical components of national infrastructure, such as taxation systems. Others are continually evolving in capability and ease of use, as is the case with cloud-based ERP and CRM solutions.

At the same time, CIOs should discover if and how end users are already using cloud-based SaaS solutions. This opens up conversations with business users that may well hint at changing requirements and the relative importance of existing systems.

As the organisation builds the picture of what is being used and adds this to what is needed for legacy migration, senior leaders can make the decision to adopt a cloud management platform, which will enable them to:
Broker IT services
Enforce standards and policies
Optimise SLA and costs
Offload responsibilities
Govern access and budgets
Reduce lock-in

Workforce limitations and challenges
Government legacy and cloud-based applications offer the perfect scenario for bimodal IT, whereby two separate, coherent modes of IT delivery are managed – one focused on stability (such as taxation, welfare and defense that form part of the critical national infrastructure) and the other on agility (cloud-based functionality and innovative SaaS applications performing mission-critical tasks).

The continued reliance on aging systems in government agencies is leading to raised concerns about the availability of experienced and qualified staff. Legacy systems often remain supported by the retiring baby boomer generation (born 1946 to 1964); these applications are likely to be maintained by staff with years of experience who know the intricacies of the complex web of modules that have successfully been incorporated over the decades.

This experience is highly valuable and will remain so for a significant time, as any migration plan is to be expected to run over five to 10 years following its commencement. This time frame makes workforce planning more acceptable to the staff whose commitment is not in question, but who may not seek to retrain when their knowledge base is no longer necessary.

Driving change
It’s important for CIOs to balance the need to “keep the lights on” with driving change in an emerging and critical bimodal state. They must maintain an engaged workforce, while recognising that the same workforce needs to be managed as part of that change.

Those working at the forefront of exciting projects must not be perceived to be more valuable than those working at the back end, keeping the daily grind going. Recognising this, along with an open and transparent approach to adopting bimodal, can help keep these issues in equilibrium.