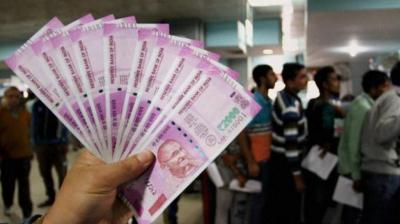 After the announcement of demonetisation, unorganised sector is the worst hit. Most of the traders are not familiar with technology and do not know about mobile banking, e-wallets and other cashless means. The people working in the unorganised sector have traditionally functioned through cash and did have the habit of saving money in banknotes.  According to a recent report, the unorganised sector in India will be the worst hit by demonetisation and might lose a major amount of its business. Organized players will be least affected but will have some impact.

“The unorganised sector is expected to bear higher brunt of demonetisation. Within the organised space, a lot of industries would get impacted owing to the sucking out of daily liquidity needed to run the business,” Centrum Wealth Research said in a report.

Many organised sectors like NBFC’s (non-banking finance companies), building materials, consumers, etc would get affected as cash makes most of the transactions in their overall sales, it said.

Government’s aim is to help all the sectors to embrace digital and become a cashless organization.

“In the post-demonetised India, investors would be more focused on the subsequent quarterly (March 2017) season. Quarter four 2016-17 earnings season would be a real barometer of underlying economic recovery, as it would have the full quarter impact of demonetisation,” it said.

Imagine standing in the middle of the road, waiting for your cab driver for a…