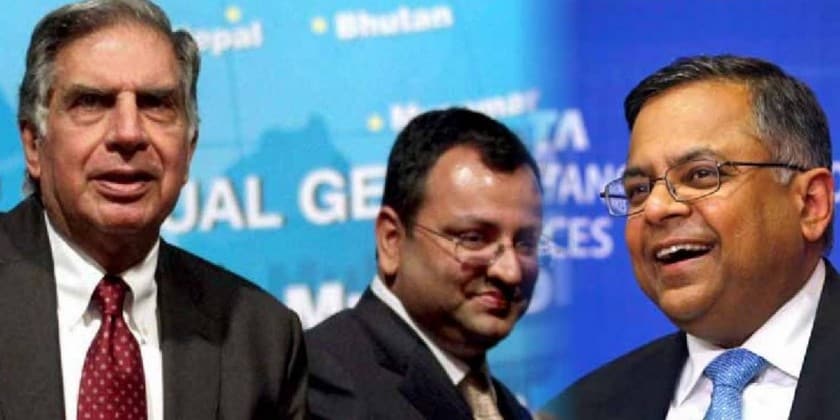 Cyrus Mistry who had clinched the reins of Tata Sons four years back from Ratan Tata is suddenly out of the company. The magnanimity is well-understood in the shockwaves his exit sent to the market. For Dataquest, it becomes utterly important to understand the dynamics of his exit as the group owns India’s biggest IT services firm – Tata Consultancy Services (TCS). Without taking rumor mills and speculations in consideration, it is important to gauge into the implications which this move will have.

Will this exit force the market to redefine the rules of Indian IT? Well, it can. This has already brought to the fore concerns regarding the future of IT companies which fall under the Tata Sons’ ambit. Among them, TCS is one of the biggest companies which the group owns and from which it gets significant revenues as its annual turnover is close to $17 bn. TCS has a market capitalization of Rs 4,78,390 cr.

REASSESSING THE IMPACT OF THE FIASCO
Cyrus fiasco is certainly going to influence the IT and telecom firms which the group currently has. For years, the group has heavily relied for growth on the IT and telecom sector. However, the ride has been all hunky dory, because its investment in the telecom has not paid-off well. It is highly unlikely that the next chairman may have the backing of IT companies under the group. Before speculating the name of the next chairman, let us have a look at some of the known IT companies which Tata Sons own:

TCS: It has worldwide operations and is one of the leading IT services companies globally.

Tata Technologies: It provides services in engineering and design, product lifecycle management, manufacturing, product development, and IT service management to automotive and aerospace original equipment manufacturers and their suppliers. The company is active in North America, Europe, the Middle East and the Asia Pacific region.

Tata Elxsi: It is a design company and addresses the communications, consumer products, defense, healthcare, media & entertainment, semiconductor and transportation sectors. This is supported by a network of design studios, development centers and offices worldwide.

Tata Interactive Systems: It is a provider of performance support systems and e-learning platforms.

C-Edge Technologies: It is a leading technology, infrastructure and service provider to financial institutions in India and abroad. C-Edge is a joint venture between Tata Consultancy Services (TCS) and State Bank of India (SBI).

Computational Research Laboratories: It is a Tata initiative in high performance computing.

e-Nxt Financials: It is an enterprise solutions provider.

Tata DoCoMo: Tata DoCoMo is an Indian cellular service provider on the GSM, CDMA and platform-arising out of the strategic joint venture between Tata Teleservices and NTT Docomo in November 2008.

The list reveals the growing importance of IT in the overall Tata group. While Mistry did not apparently lay much emphasis on strengthening the IT arm, Ratan Tata in his personal capacity was seen resting his money in many of the leading tech start-ups in the country such as PayTM, Snapdeal, Ola, FirstCry and Urban Ladder, etc. Since Ratan Tata is back in action, maybe for a brief time, it can easily be assumed that the next chairman could be the one who has love for IT.

CAN THE TCS CEO BE NEXT CHAIRMAN?
The strong contender is none other than N Chandrasekaran, CEO and MD of TCS. Under his leadership TCS has become Indian IT’s bellwether surpassing Infosys and other major counterparts. In addition, it contributes a significant part of the profits. With over 353,000 consultants, TCS is the largest private sector employers in India and is also credited with the highest retention rate in a competitive industry. Under Chandra’s leadership, TCS was rated as the world’s most powerful brand in IT Services in 2015 and was recognized as a Global Top Employer by the Top Employers Institute across 24 countries. Chandra has also been awarded the IT Person of the Year by Dataquest in the year 2011. Tata Group has also recognized his contribution and appointed him as additional director on the Tata Sons Board.

FOLLOWING THE INFOSYS FOOTSTEPS
Besides, Ratan Tata and the board can also seek out a person from outside the group and fall in the footsteps of Infosys’ founder Narayan Murthy who hired Vishal Sikka to transform the company and revitalize its business. The four months time in which Ratan Tata and the board has to find the next chairman will analyze a host of options. Since there are no possible heirs in the Tata family who can inherit the group, it is better to scout for a competent person who can drive the company into the future. Infosys is a good example but not the best. Popular names in the industry sometimes overshow the interests of the company. It would be good for the company to evaluate the names from a broad spectrum and then assign them the most important role. After all, it is the question of India’s leading business group which will have an impact on the Indian economy and the people it hires.