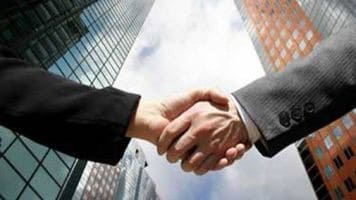 The value exchange mobile platform Unlockd announced a partnership with Aircel, one of India’s leading mobile service providers, and the launch of the ‘Aircel Open2Earn’ app, powered by Unlockd.

This is Unlockd’s eighth market launch globally and its first in India. The app provides a value-based proposition for Aircel users, rewarding them with Rs 10 top up credit every week for simply unlocking their phone and viewing personalized ads, deals & offers, effectively converting their attention into rewards.

Unlockd’s value-exchange model is tailored to meet industry needs, as it allows advertisers to gain first access to opted-in consumers and presents a unique opportunity for high impact and targeted screen time (a time before the user checks Instagram, Spotify or Facebook).

Advertising is delivered based on the user’s interests and geo-location, to ensure maximum relevancy. Users can simply dismiss the ad or click through for more information. They can also check their accumulated points throughout the month in the ‘progress’ tab within the app.

To support its expansion into the region, Unlockd has formed an investment and strategic partnership with local market leading group, Smile, one of Asia’s best media companies and its ‘internationalisation’ platform, Katalyzers. This platform, run by Rishabh Gupta, has invested an undisclosed amount in Unlockd and is securing top tier brand partnerships in the region. Previously, Katalyzers has entered into successful joint ventures and investment deals with global internet companies such as Airbnb, Yahoo!, WPP Digital, Ogilvy Neo and Com Score.

Smile group founder and co-founders, Harish Bahl and Manish Vij, said “We are delighted to announce our investment in Unlockd as their Indian partner and are excited that local advertisers will now get to experience the same benefits advertisers on other global Unlockd platforms have, such as market leading engagement and deal offer redemption. We have already had very positive interest, with Nearbuy, Little, OYO Rooms and Go Paisa secured for the launch of Open2Earn with more to come”.

Matt Berriman, Co-Founder and CEO of Unlockd, said: “We’re excited to bring our globally proven platform to one of the world’s fastest growing and dynamic markets, one in which a billion Indian subscribers spend hours a day on mobile devices. I’ve always had a vision to provide people a valuable reward for the time they spend on their devices and we can provide up to 40rps a month – up to 30% of a phone bill. “Open2Earn not only gives users rewards in the form of mobile top up credits, but also personalized offers, deals and coupons from some of the country’s best-known and loved brands.”

The partnership supports Unlockd’s broader commitment to the Indian market, reflected in its high profile advisors and investors, opening of an office & recruitment of a local team, including recent senior hire & former Hindustan Times National Head of Sales, Abhijeet Ranjan as Commercial Director. Unlockd is also supported by Prabhat Sethi, former Managing Director of Murdoch Media who will establish and drive outcomes of Unlcokd in India.

Anupam Vasudev, chief marketing officer of Aircel, added: “In a highly fragmented market, a proposition like Unlockd’s provides Aircel with a unique opportunity to build stronger relationships with our existing customers by rewarding them for something they are doing every day – spending time on their mobile devices. At the same time the model will drive new revenue streams for our business and attract new customers to the network”.
Unlockd is considered the first company to create an ‘attention-based’ virtual currency. The company plans to apply its technology to multiple industries to provide consumers with a meaningful value exchange. We have created the world’s largest ad-driven virtual currency, and are on track to return $500 million to the Unlockd community globally by 2025.