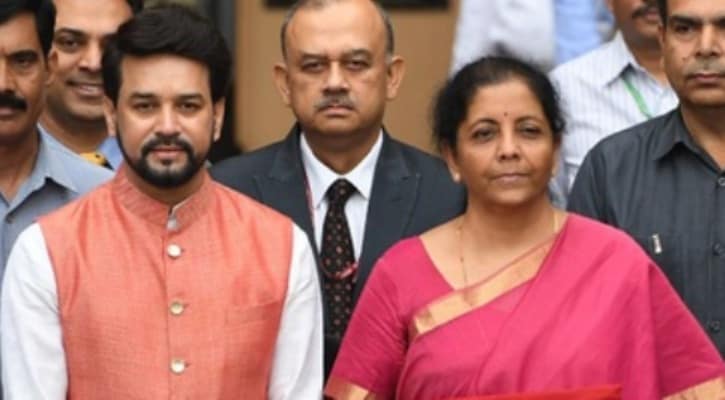 It is that time of the year! The Union Budget 2023 will be presented by the union minister of finance, Nirmala Sitharaman, on 1 February 2023.

In the meantime, a lot of memos have been sent to or are on their way to the Finance Ministry.

According to an ET report, “the broader focus of the budget will be to promote growth with a focus on local manufacturing and exports.”

The Ministry will, of course, look at them in light of the government’s priorities and the state of the economy both at home and abroad.

That being said, the small and medium-sized businesses have certain expectations from the Union Budget.

India has the potential to be the manufacturing hub of the world. This dream can come true if the government takes the right steps to encourage manufacturing with lucrative policies in place.

The central government can help the state governments figure out how to implement the four labor codes. Both the manufacturing economy and the service economy can gain a lot from lowering the corporate tax rate.

If there is good news on either of these fronts, it will certainly help the markets. We also think that the FM will provide incentives for fintech start-ups, especially those that use AI.

To make sure banking services are accessible to people living in the hinterlands, we need technology, security, trust, and the necessary government support to be present beyond the current reach.

Because of this, Budget 2023 should give businesses some tax breaks on the total amount they spend on the Financial Inclusion Initiative. If the GST is subsidized, even by a small amount, it will make it much easier for the general public to get services from banks and government benefits.

Also, this will encourage businesses working toward financial inclusion to come up with game-changing technologies that give people in underserved areas easier access to financial services, among others.

Reform in banking and finance in terms of ratings:

According to Anil Bhardwaj, Secretary General of the Federation of Indian Micro and Small and Medium Enterprises (FISME), credit rating agencies need to employ a different model for MSMEs than the ones that are used for large industries. Otherwise, no MSMEs will get an investment grade rating. Bhardwaj also suggests putting together a committee to figure out what to do about credit ratings.

Despite all banks signing a code not to charge prepayment charges, banks are still charging 2 to 4 percent penalties. Bharadwaj also thinks that this budget should deal with the issue of prepayment fees.

Due to the current economic turmoil, small and medium-sized businesses (SMEs) are looking for quick relief from rising commodity prices and disruptions in their supply of raw materials.

The Emergency Credit Line Guarantee Scheme (ECLGS) is a type of program that helps small and medium-sized businesses (SMEs) get through tough economic times and meet their growing, urgent needs for money.

With the government possibly refocusing on the “Made in India” label and import substitution, SMEs will be in a stronger position to expand and thrive.

Many micro, small, and medium-sized enterprises (MSMEs) would benefit from seeing their income tax rates lowered in a similar fashion to the way that corporations have seen theirs lowered.

Only a small number of micro, small, and medium-sized businesses (MSMEs) have been able to use the new TReDS (Trade Receivables Discounting System) because the application process is so long. As a result, there are hopes that the TReDS facility will soon be expanded to cover a larger number of MSMEs and to include certain concessions.

Payment delays stop the flow of money to the MSMEs sector, so there must be a way to settle payments faster and make it easier for MSMEs to get lines of credit.

Decriminalize and reduce the costs of doing business:

We expect the FM to pay attention to decriminalization and lowering business costs. Businesses can benefit from raising the threshold for violations of the Goods and Services Tax (GST) Law from Rs 5 crore to Rs 20 crore.

These measures would go a long way toward reassuring business owners that their expansion plans are safe from legal repercussions.

Saket Dalmia, President, PHD Chamber of Commerce and Industry, also expects the budget to work towards substantial reductions in the costs of doing business. This would include a reduction in the cost of capital, power, logistics, land, and labor.

More importantly, in his view, operating expenses shouldn’t exceed those of the world’s top three manufacturing nations (China, the United States, and Japan).

Focus on building an inclusive and varied tourism industry:

Dalmia feels that concept-driven tourism, which makes use of India’s cultural and natural legacies, is key to making the industry more accessible and diverse. This includes, for instance, promoting the more than 200 tropical islands that are a part of our country and attracting pilgrims to visit the 12 Jyotirlingas.

He explained that GST and VAT are not charged in the majority of countries where people travel for vacation. We propose that the 18% GST be removed from tourism infrastructure and facilities.

In this area, there needs to be a special committee set up to look into new, focused ways to finance and use green energy to get around the long waiting time.

The taxes on biofuels should be brought to zero. This is a key step for expanding the production of biofuels quickly, and it’s also important for making sure there’s enough energy to go around.

According to the PHD Chamber of Commerce and Industry, “Import duty on electrolyzers should be brought to nil. This single step will attract huge investment in Green Hydrogen and make India an export hub by 2030. There is no revenue loss incurred in doing this, as Green Hydrogen has not been produced in the country to date. Furthermore, all lending decisions and investments by Banks and NBFCs as well as all Government subsidies and grants, should be linked with ESG scores.”

Introducing regulations to solve the problem of delayed payments:

Small business experts have given the government ideas for how to fix the problem of late payments to MSMEs in the country before the upcoming union budget of 2023.

Even though the government has tried to help in the past, small businesses still have trouble with payments that aren’t clear.

In 2022, micro and small businesses filed 31,192 complaints against central public sector divisions and ministries for a total of Rs 7,128 crore in debt. However, the dispute resolution bodies called “facilitation councils” were only able to settle 1,056 of these cases, which involved debts totaling Rs 71 crore.

We can all hope that geopolitical tensions will go down in the next fiscal year. This would open up supply channels around the world and bring down the price of crude oil. When there is an improvement in the commodity cycle and the flow of revenue, the EBITDA margin is expected to increase by 50–100 basis points next fiscal year, to 6–6.5 percent.

The article has been written by Nitin Sharma, MD (UpScale) and CPO, CredAble

Posted by: DQINDIA Online
View more posts
Union Budget 2023: What MSMEs are Looking For 0 out of 5 based on 0 ratings. 0 user reviews.
Data Science and its importance in the business world
Bluebugging: How hackers utilize Bluetooth-enabled devices to steal data