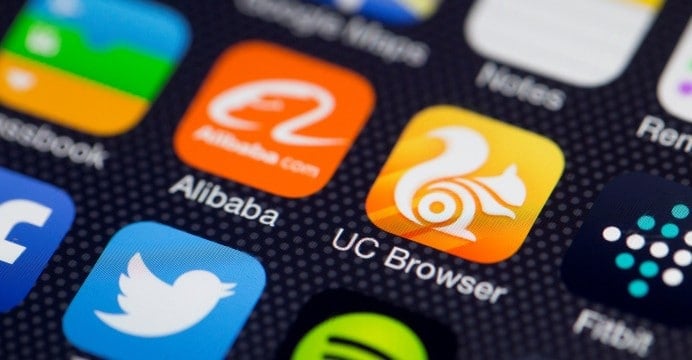 UCWeb holding company, Alibaba Group has reported a 271% jump (YoY) in its Digital Media and Entertainment revenue for the fiscal year ended March 31, 2017. The information was released as part of Alibaba Group Holding, financial results for the full year and quarter ended March 31, 2017. The unit revenue for Q4 stands at US$571 mn, recording a 234% increase year-over-year. Mobile internet services revenue from UCWeb businesses, including mobile search and news feeds, as well as apps and game publishing across China as well as key global markets like India and Indonesia are key contributors to the revenue rise.

Reiterating its growing focus on globalization, Alibaba Digital Media and Entertainment Group, in a significant move, elevated Jack Huang, President of Overseas Business, Alibaba Mobile Business Group to President of Alibaba Mobile Business Group. Jack will report to the President Office of the Alibaba Digital Media & Entertainment Group. During his term, Jack as the head of UCWeb International Business Department led UC Browser, the flagship product of UCWeb, to become one of the world top 3 mobile browsers with over 420 mn global monthly active users (MAUs). He has also helped the company to successfully gain over 100 mn MAUs for its strategic product UC News only 9 months after its launch in key global markets.

Commenting on the development, Yongfu Yu, Partner of Alibaba Group and Chairman & CEO of Alibaba Digital Media & Entertainment Group said, Globalization, Digitization and Content are the 3 key strategic focus and growth drivers for Alibaba Digital Media & Entertainment Group in the future. UCWeb, as one of the earliest and most successful unit in Alibaba Group’s global businesses, is playing an increasingly significant role in the global blueprint of the entire group. The recent restructuring in leadership team is a step forward for the group to embrace the challenges and opportunities that lie ahead for us in strategic markets such as India, Indonesia and Russia. I am confident that Jack is well-appointed to help the Group achieve many more significant milestones in our global success story, he added.

According to Jack Huang, President, Alibaba Mobile Business Group, UCWeb is experiencing rapid growth in its international user base and is taking giant leaps in digital transformation and high-quality digital content consumption in not just in China but also prominent markets like India, Indonesia and Russia. Users today are embracing diverse forms of digital content and UCWeb is at the forefront, delivering curated and customized digital content.

UCWeb is investing 2 bn Rupees for driving content distribution in India and Indonesia over the next 2 years. The investment falls under Alibaba Digital Media and Entertainment Group’s earlier announced investment of 50 bn yuan ($7.2 bn) in content over the next three years. UCWeb is now targeting more diversified and localized content on its platform to make the local content ecosystem stronger. The company is also leading the user-generated content ecosystem through the We-Media Program.