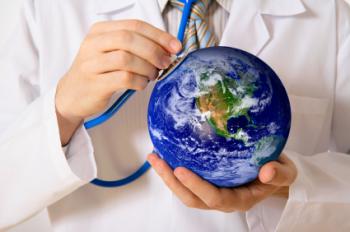 UBER, with estimated evaluation around $50 billion worldwide has tied up with OXXY, which is estimated over $2 billion, aims to bring extreme Healthcare benefits to the society thru OXXY NETWORK.

OXXY, Healthcare Network, is a World Record holder for maximum number of free camps in 100 cities simultaneously, conducted in May 2015.

UBER has announced an extension of its association with OXXY. In March, UBER and Oxxy joined hands to provide free rides to and from any hospital, diagnostic and Path lab. The extended partnership will now include free health checkups* and subsidized medical rates for OXXY’s gamut of services, forall UBER driver-partners and riders in 18 cities across India.

OXXY has over 100,000 centres including hospitals, disgnostic and pathological laboratories, spread across 1500 cities in India. India is already the largest geographic market for UBER after the US and the advantages of this alliance will automaticallly be available for driver partners and riders in every new city UBER launches in as well.

Said Amit Jain, President, UBER India, “Healthcare plays a vital role in enhancing people’s lives, something UBER is dedicated and deeply committed to. Furthering our association with OXXY, I’m proud that we will now be able to provide quality and affordable healthcare to the millions of UBER driver partners and riders in the country, a problem that’s been persistent so far.”

Pankaj Gupta, Founder OXXY believes a 360 degree healthcare should have started in the country long back. Goes without saying healthcare should be transparent, convenient and affordable for all. It’s the need of the hour. OXXY is delighted to extend this partnership to include health benefits with UBER, a company that cares about healthcare equally.

To facilitate this process OXXY has decided to issue a special promo code which will be visible on UBER APP from now on.

OXXY is moving fast to grow worldwide with its next destination as United States. The services are likely to start from early next year.

Please Note: Health checkups include blood tests that comprise a combination of sugar tests, cholesterol, thyroid, eye, dental and BMI to name a few. The combinations might change depending upon the area and the city.

The estimated healthcare expenditure in India in 2013 was estimated at $96.3 billion which constituted almost 5% of the GDP. With a growth rate of ~12%, this number is expected to cross $195 billion in the next three years. According to the World Health Organization (WHO), only 33 percent of Indian health care expenditures in 2012 came from government sources. Of the remaining private spending, around 86 percent was OOP (out of pocket).

Posted by: DQINDIA Online
View more posts
Uber to provide access to quality healthcare for all driver-partners and riders across India 0 out of 5 based on 0 ratings. 0 user reviews.
Second phase of e-courts gets Indian cabinet approval
JK Technosoft and Openbravo join forces to provide solutions in the mid-market commerce and ERP space