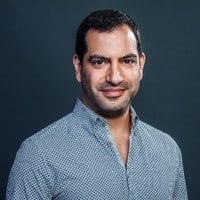 “Psyched to have @mrdanieldanker (Danker) join our team so we can continue to improve, innovate and build great experiences for our driver partners!” Khosrowshahi tweeted.

Uber has been without a head of driver product since Aaron Schildkrout left in December, after a three-year of change driver campaign. As the head of product, Danker will be responsible for planning, strategy and execution.

According to Reuters report, Khosrowshahi, who joined the company last August to replace co-founder Travis Kalanick, is making several changes as he prepares for an initial public offering.

The company is also searching for a CFO who can help take the company public in 2019. This position has been vacant since 2015.