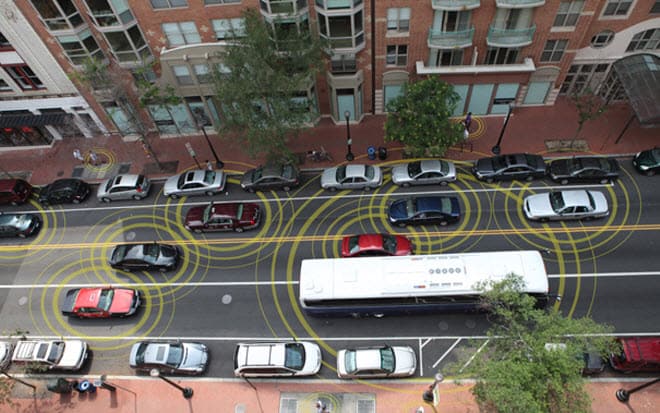 With the advancement of technologies like AI (artificial intelligence), robotics and IoT (Internet of Things), the automobile industry has made some significant leaps towards growth and development. The utopian image of future – with cars that run on eco-friendly fuel and can drive themselves – isn’t too far away now.

Four major trends that are shaping the future of the automobile industry are collectively known as C.A.S.E. The acronym stands for connected, autonomous, shared and electric. Let us discuss about these trends in detail.

A connected car can accomplish a myriad of tasks – it’s sat-nav system can warn you about traffic holdups and suggest alternate routes; you can remotely start your car engine to melt the frost on the windows before you enter the car; you can remotely lock and unlock the car as well. Some car apps even provide car parking service which can help you park in tight spot or a narrow garage. People inside and around the car can access connect to internet via its WiFi hotspot and enjoy 4G Internet access.

One such example of connectivity is the emergence of smart tablets like the Pioneer SDA-83TAB. These kinds of tablets can connect to your smartphone via a WiFi hotspot and double as a head unit. It allows you to use your smartphone remotely with ultimate ease without having to shift your focus from the road.

With the recent voice command upgrades like the Alexa upgrade, these technologies are going to make the driving experience more seamless than it ever has been.

In the near future, the connectivity would expand further beyond and the cars would be able to communicate with each other. By connecting with lasers, cameras and radars, these cars will be able to create a 3D map of the surroundings. This will eventually lead to self-driving cars. This point brings us to the second trend as well – autonomous driving. 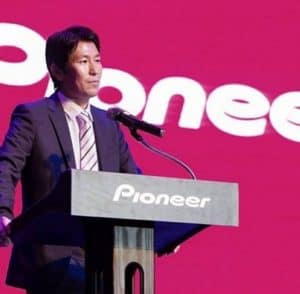 Autonomous
As good drivers as we believe us to be, let’s face it – we’re humans – and by definition, we’re prone to making mistakes. This is why a lot of R&D is being dedicated towards manufacturing autonomous cars. As the technology keeps on evolving, we’ll see more and more autonomous cars on the streets.

3D-LiDAR taking us to new heights
Currently, we are at Level 2 of automation where the cars use millimetre wave radar and cameras to detect obstacles for driving assistance. But, the accuracy of these systems largely depends upon the inclement weather and the attributes of the objects that are to be avoided.

To overcome these lacunae and move to the Level 3 of automation, 3D-LiDAR technology is being developed. The LiDAR system emits its own laser light and maps the surroundings according to the input car-mounted sensors receive from the reflected light. This makes it a superior choice as LiDAR system work well in situations where cameras fail – such as at night.

The only drawback of 3D-LiDAR systems is that they are too large, heavy and expensive – but Pioneer is working on mass producing lightweight, compact, and low-cost 3D-LiDARs which will enter the market very soon.

Earlier, with 2D-LiDAR, we were able to only detect the depth of a single beam but Pioneer is implementing its digital signal processing technologies in digital tuners to enable unique processing to achieve high precision and stability. This makes the LiDAR technology weather independent and enables the detection of glossy black objects, which isn’t possible with conventional LiDARs.

Shared
In a survey conducted by Assurant, 66% of the respondents said that the best thing about the future that will have autonomous vehicles that will provide service on-demand would be the savings as they wouldn’t have to invest substantial money into owning a car.

Many shared car services have already sprung up and are on the rise. Many more will emerge in the near future. These service providers will own the fleets which would be hired by the people as per their needs.

Electric
Fossil fuels aren’t good for the environment – not to mention the ever-increasing prices that put a lot pressure on the pocket. With e-vehicles, we’ll finally see an end to this problem. During the early phase of development, range anxiety (the anxiety about the car running out of battery before reaching the destination) was a major issue.

But, with the invention of more powerful batteries and growing number of charging stations, this issue has been resolved as well. The e-vehicle market is expected to grow at a robust CAGR of 43.13% from 2019 to 2030 – which, in itself, says enough.

C.A.S.E isn’t just a jargon on a factory presentation anymore – it has become a reality. It is shaping the future of the automobile industry and making the transport safer, convenient and greener.

Posted by: DQI Bureau
View more posts
Tags:automotives, Pioneer
Trends shaping the future of automobile industry 0 out of 5 based on 0 ratings. 0 user reviews.
Indian Government Launches e-Pass for Interstate Movement: All You Need to Know
Crises and BCP: Multi-cloud leads the way