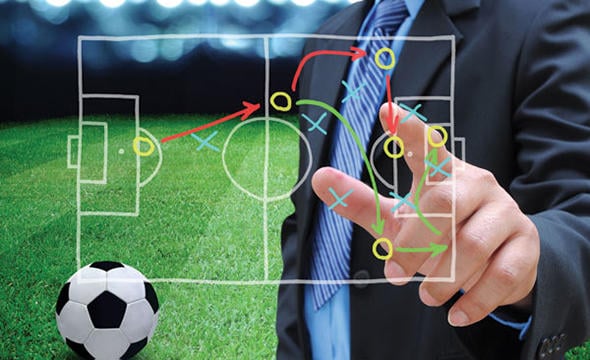 Leading in the Olympics is a status symbol in a global arena and who knows it better than China. It’s an open secret that China trains its athletes, gymnasts and other sports persons from a very tender age. They undergo a very tight schedule and the result is: China (almost same population as ours) has been consistently finishing the podium in Top 3 for last 5 events. Of late, we too have shown improvements but still an astronomical distance needs to be traveled.

So where we are lacking is the first question in our mind and then begins a long list. To start with: infrastructure capabilities, favoritism, corruption etc. are some of the issues which need to be addressed at the earliest. The government facilitated Sport’s Colleges do infuse a will to choose sports as a career but still the system is woven so complex that athletes find themselves mired in appeasement only, rather than focusing on actual talent.

On a positive note, the infrastructure of sports has seen some growth but we shall also look at the holistic view of all the sports except focusing just Cricket. Sports Academies, Sports Colleges, District Level Events, Zonal Events, National Events are the places where the real talent is identified and then they are prepared for Olympics kind of Global event. A sports person’s career as an athlete is limited and one can not allow to let go the peak period of his age in just finding a right person or place to get coached. On the other hand, we have examples of Messi and Usain Bolt who started their training under an able coach quite early in their career. Earlier, sophisticated sensors, instruments were only used by either foreign players or foreign coaches been hired by India. However, things are changing quite fast and the devices are readily available now.

And here lies the opportunity to be tapped and make good use of technology in analyzing the data coming out of these sensors being used by our sportspersons. India being termed as a “Young Country” has an enormous amount of potential to be identified in terms of Sports Talent. Roadmap of identification shall include distributing accelerometers, heart rate sensors and sports specific IoT based devices at a Nominal or Subsidized cost. Followed by linking of these sensors to Aadhar and then analyzing the data coming from these sensors to spot out the budding talents. Extraordinary talents shall then be allowed to bypass the normal channel of going through District Level, before State Level, followed by Zonal and then National Level. They could be directly inducted at the National Level training programs and accelerated to advanced levels so that they can bring honor to the country. Benchmarking data can either be imported from foreign players or our best players and then random player’s data can be put over it, to find out the patterns and then recognizing the talent based on the technical abilities, Age, Footmapping, Biological Data and Skeletal Structure. Correlation in the progressive data sets of established players with random players can help identifying the budding talent in India.

Monitoring happens at all levels starting from camera to accelerometers or from heart rate sensors to local GPS like systems. Sports statistics is a full-fledged industry now. Every moment is now tracked and analyzed by opponents to better plan their strategy. Systems have been developed which monitor speed, power, distance etc through a device worn by the athlete or a remote device. Analysis of this data by coach helps him cherry pick unfit players or fit players who can be given some rest or used in more strategic manner. There are devices in the market which make use of GNSS (Global Navigation Satellite System) data in tracking movements of the player.

Sports Analytics coupled with IoT allows Coaches to devise ways to counter the opposition. Techniques like analyzing heat maps data help them observe minutely where the opposition and our own player is weak at. Data such as the force applied on tennis racket at the time of the hit, the angle at which swimmer is entering in the water, wagon wheel of the batsman, spin & cue combination for Pool player are some of the parameters which can now be obtained through devices very easily. Advanced systems are built and been further upgraded to identify talents in the field of football and great Clubs such as AC Milan (Miln Labs), Real Madrid, FC Barcelona, Chelsea etc are using these today to identify, track and further develop their talent pool.

Hoping that this will strike the chord somewhere be it any Sports Academy or any individual and start the chain reaction of using the latest technology in setting the new benchmarks. After all, who does not wants to see his/her country leading in the world class event like Olympics? Science and technology are two sides of the same coin but if utilized and implemented in a very efficient manner can give great results. India has taken the mantra of New India & Digital India, more than one hundred crore people have mobiles today and such IoT’s or SportsScience apps can be designed or integrated to achieve the overall objective. If we start with basics of correct talent identification and then advanced development with help of such scientific approach using data, the day is not far where our young India will also lead in such glorious events of Olympics, FIFA etc.

The authors are G.S Naveen Kumar who  is Special Secretary, IT, Govt of Uttar Pradesh &
Prashant Agarwal who is Founder- Kshatriya Sports Ltd, Sweden and was also Ex President- Delhi Dynamos FC

Posted by: DQINDIA Online
View more posts
Tags:Olympics, sportspersons.
Transforming The Sports with Data 3.6666666666667 out of 5 based on 3 ratings. 3 user reviews.
Orion ERP of 3i Infotech Delivers a Strong 28% Growth in Q2 FY18
R K Marble appoints iCubesWire as the Digital marketing Agency

A LinkedIn post of a father of a seven year old girl from Hereford, UK…