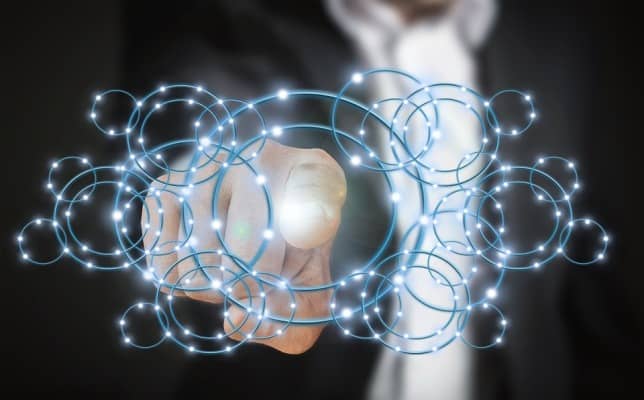 At the Nasscom webinar ‘Riding the Storm – Towards the Giant India SaaS Opportunity,’ the report on SaaS was also released.

Atul Batra, Chair, NASSCOM Product Council, and CTO, Manthan Systems, said: “This is the first, truly collaborative report. Key stakeholders have collaborated in creating it. Covid-19 is reshaping the economic priorities and accelerating digital consumption. Public cloud services are growing at 19%, and team collaboration software has been growing at 13%. Pure-play SaaS and established product companies have scaled up SaaS offerings. There are 12,000+ SaaS companies. There are 500+ companies across the verticals.” 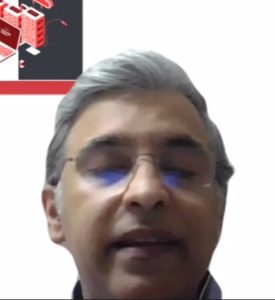 Analytics, delivery scheduling, telemedicine and healthcare record management, e-learning and classroom management are the key growth areas. We are the third largest startup ecosystem in the world. The government and MSMEs are the adopters, as well. This is also a way to build Brand India. We are focusing on building next-gen SaaS companies. There is talent in the country that is focusing on building SaaS skillsets and an effective industry mentorship program.

Manav Garg, Founding member, SaaSBoomi, and CEO and founder, Eka1.com, added that SaaS has made remote a digital atmosphere. SaaS market grew over 100% in the last two years. ERP penetration is about 30% now. SaaS revenues are at $3.5 billion, growing at 30% in FY 2020.

There is a diverse landscape, with at least 6 unicorns. There is strong investor interest, as well. The Indian SaaS industry has 150+ firms with $1 million+ ARR. There are four each in the $50-100 million and the $100-500 million. We have playbooks for enterprise sales. Core verticals such as BFSI, retail are driven by rise in open banking. The next-gen SaaS is also shaping up well.

Riding the SaaS storm
There was a panel discussion on riding the SaaS storm. Monish Darda, co-founder and CTO, ICERTIS, said this is the next step in digitization. 10 years ago, the IT scenario was very different. As a company, we can dream and have the power to execute. There are lot of learnings. Having a mission is important, and reachable, is very important. 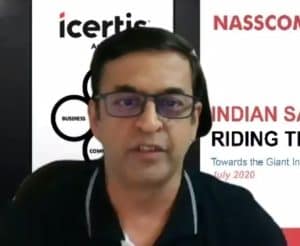 The crisis has brought healthcare, pharma, education, etc., to remote places. They have broken all the rules. Excellent healthcare delivery can happen as the infrastructure grows. You have the connectivity, which helps in delivery. There is alternative healthcare as, well. IoT has made lot of differences to healthcare. It is how you address the total addressable market.

Aneesh Reddy, co-founder and CEO, Capillary Tech noted that vertical SaaS is focused on a specific vertical. Customers who understand the depth of the product, tend to go with you. This is an advantage against the horizontal vendors. The depth of the application has to come from the user. We have a 7-8% annual churn. Customers have a desire to go live faster. Going digital is super important. 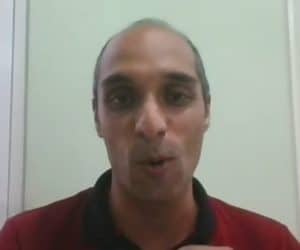 In India, there are problems regarding contracts and payments. Enterprise SaaS is perhaps, an area. We have seen good adoption from the large enterprises. In itself, it may be a bit difficult for the addressable market. The India opportunity is huge.

Suresh Sambandam, CEO, Kissflow, said that India has been a huge IT services provider in the world. Now, it is going forward with SaaS. We are looking at what SaaS can do for the Indian ecosystem. You can build 66 companies with a $1 billion revenue. That’s about two companies per state. India has yet to position itself. Perhaps, it can position itself as a SaaS provider. 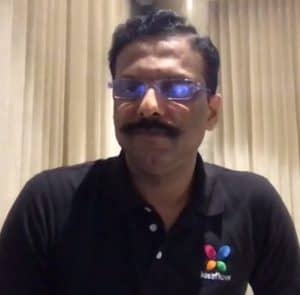 We have all the domain expertise and the skillsets. We can build Indian SaaS companies with literally no funding. Location in non-consequential. It can be in Renigunta, Tenkasi, Jalandhar, etc. A distributed ecosystem can be spread across the country.

APIs driving the future economy
The webinar concluded with a fireside chat between Sameer Verma, MD, Nexus Ventures and Abhinav Asthana, CEO and founder, Postman. Sameer Verma asked what made him start Postman?

Abhinav Asthana said we found we are working with an API. It could change, and how hard it would be to change systems. We were building APIs for Android and iPhone apps. When teams were working on APIs, they faced lot of friction. I wanted to do things that I understand. 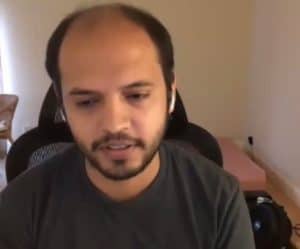 We built Postman, which is a collaboration platform for API development. Postman’s features simplify each step of building an API and streamline collaboration so you can create better APIs, faster. It is a helpful assistant sort of a tool. We did a phone test, with simple spelling. A designer built an amazing logo.

It was easy to see whether problems were being solved. I would often seek positive feedback. That was a way of overlooking problems. If APIs are going to be the future, we need to build a lot of APIs. Today, we have institutionalized this process. Newcomers need to build a program and show us.

Verma added that developers are generally considered notorious. How did you go about improving the adoption? Asthana said there was lot of iterative product development. In the beginning, there was no playbook. There were misconceptions that we had to overcome. We built the product, got feedback from people. Developers are easier to talk to. If you go to learn from them, you can do that. People look for APIs when they go for production.

When you start building out a product and a company, you talk to a lot of people. Everyone has an opinion on your products. When you are not able to understand, there will be mistakes.

Verma inquired what is the road ahead for Postman from here. Asthana said: “We are still learning. We will be sharing our experiences. More digitization is happening. Every company will go the API route. We want Postman to be the first choice. There should not be too many things that cloud the judgement.”

As for the Indian SaaS ecosystem, Postman remains optimistic. Asthana said: “We want people to pay for software. It is amazing to build a SaaS company today. There must be efforts on finding opportunities. Broadening your horizons can certainly help.”