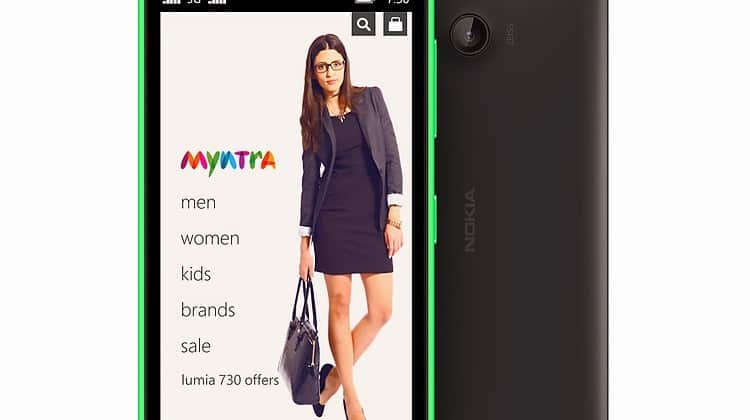 Myntra, Flipkart owned Indian fashion ecommerce company headquartered in Bengaluru, to lose two of its executives by the end of the year. Gunjan Soni, head of Jabong and chief marketing officer of Myntra, and also Ananya Tripathi chief strategy officer and head of categories have submitted their resignations.

The news, which has now been confirmed by Myntra and Jabong, was first reported by the Economic Times quoting an internal email circulated by Ananth Narayanan, the acting CEO of the company. The report also says that Gunjan Soni is joining Singapore-based online fashion company Zalora as its CEO.

The ecommerce platform was established in 2007 with the aim of selling personalized gift items. Founded by Mukesh Bansal, Ashutosh Lawania, Vineet Saxena and Abinash Mallick the platform allowed customers to personalize products such as T-shirts, mugs, mouse pads, and so on until 2010.

In 2011, Myntra moved away from personalization and began selling fashion and lifestyle products and by 2012, the ecommerce company offered products from 350 Indian and International brands including Fastrack Watches and Being Human.

The company was acquired by Flipkart at Rs 2,000 crore in 2014 in a deal that was influenced by two large common shareholders, Tiger Global and Accel Partners. Ananth Narayanan became the Chief Executive Officer in 2015.

Posted by: DQINDIA Online
View more posts
Tags:eCommerce, Flipkart, Myntra
Top Executives to Quit Myntra By the End of 2018 0 out of 5 based on 0 ratings. 0 user reviews.
How Companies Can Adopt Digital Technologies and Power Profitable Growth
Mastercard, Zoho Partner to Ease Payments for SMEs