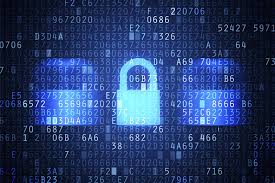 No comments
Websense announced the release of the Websense Security Labs 2015 Financial Services Drill-Down Report examining the current state of cyber threats and data-stealing attacks against financial services institutions (FS). The research reveals a high degree of specialization among criminals attacking financial services, a huge investment in the lure attack phase and the specific and anomalous attacks pointed at global targets dealing in finance.
“The famous quote, attributed to bank robber, Willie Sutton that he robbed banks ‘because that’s where the money is’applies to cybercriminals as well,” said Carl Leonard, Websense principal security analyst. “For years, this industry has been under attack by highly specialized groups of criminals. By analyzing the actions and attack patterns prominent and anomalous to this industry, we can share this knowledge to more effectively protect our customers’ data and assets.”
By analyzing data on attack patterns unique to specific industries, Websense researchers gained new insight into attack patterns, structures and tendencies against the financial services sector. The top findings from the Websense Security Labs 2015 Financial Services Drill-Down include:
·         Financial Services Encounter Security Incidents 300 Percent More Frequently Than Other Industries: Under constant barrage by cybercriminals, the number of attacks against the Finance sector dwarfs the average volume of attacks against other industries by a 3:1 ratio. Further, the sophistication and persistent nature of the attacks continues to challenge security professionals.
·         Thirty-three Percent of All Lure Stage Attacks Target Financial Services: Hackers are spending a huge amount of resources targeting financial services with a disproportionate amount of reconnaissance and lures. One in three incidents identified as lures by the Websense Security Labs are directed at this industry.
·         Credential Stealing and Data Theft are the Primary Objective of Criminals: As one would expect with financial services, data theft and credential stealing attacks are paramount to the attackers. When analyzing the top threats facing this industry, researchers noted that most had some data and credential-stealing elements. By volume, the top threats seen in the finance sector include: Rerdom; Vawtrack; Geodo. Interestingly, the Geodo malware, with its own credential-stealing email worm, is seen 400 percent more often in Finance than other industries.
Fraudsters Switch-up Campaigns Frequently to Outfox Banking Security Measures:
Obfuscation and search engine optimization poisoning continue to be more prevalent in attacks against financial services than other industries as a whole. Patterns in attack campaigns shift on a month-to-month basis, including huge spikes in malicious redirection and obfuscation detected in a wave of attacks in March 2015. This highlights an attack methodology designed for campaigns to be harder to detect and analyze by those charged with securing the finance sector. In addition, cybercriminals maintain a constant barrage of low-level attacks to keep security pros occupied dealing with a tremendous volume of background noise while targeted attacks are simultaneously occurring.
The US Hosts the Most Threats to Financial Services: In addition to fluctuations in campaign types, the host countries of the attacks fluctuate significantly on a monthly basis. While the majority of the compromised hosts attacking the sector are consistently in the US, the geographic origin of specific campaigns fluctuates. Fifteen different countries have rotated through the top five attack geographies in the last five months alone. The report further details month-to-month changes in attack patterns.
Financial Services Ranks Third Among Industries for Targeted Typosquatting:  Websense researchers have seen an increase in the use of typosquatted domains in targeted attacks against financial services, usually combined with strong social engineering tactics. When comparing more than 20 industries, the finance industry claimed the third highest number of targeted typosquatting incidents. The report identifies and describes the top typosquatting techniques used in these targeted attacks.
The report also examines a possibility that the increasingly global economy and cyber insurance adoption may be hindering effective security measures, and provides more metrics, data and visualizations of attacks against financial services.