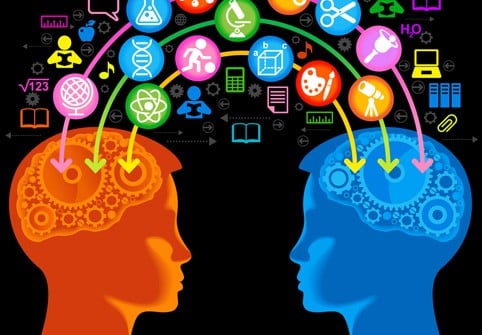 The recent series of activities globally and here in India have all of sudden made everyone realise how important data as well as its security is.  From an individual’s point of view, there are three critical apprehensions around data. First, that any sort of financial information should not be leaked or revealed.  Second is that any identity proof should not be misused for anti-national or terrorist activities. And, third would be that any data should not be used for blackmailing, etc., which a user would value very high on privacy.  Rest, users may be alright with the fact that their information is available with someone and unless, any harmful use case is not derived from the data, it could be business as usual. However, on the ethical and moral grounds, many may feel uncomfortable even with this fact.  Some may even raise concern about the procedure in which the data was collected without the permission of the user. But, that is how it works in the technology domain. As the user engages with the technology, data is bound to get visible and captured.

The data capturing organisations that may be any app or other digitally oriented entities, would essentially be interested in being able to let others use their user base for targeting them with meaningful products and offers.  So, they use analytical techniques to decipher insights out of the data gathered and then let marketers reach out to potential buyers through intuitive advertising mechanisms.

In the pre-M2M or IoT era, the maximum volume of data is shared through apps by a user.  There are three scenarios in which the data is transmitted from a user to an app. One is all such data that is voluntarily or inadvertently provided by the user of the app. Second is all the data that the app maker is explicitly or capturing in a hidden way.  The third is where a user shares the data of the people who are connected to her/him.

Education and awareness is required at all levels.  Thanks to recent versions of Google Android, which runs over 96% of Smartphones in India, a user is prompted for the various permissions that an app seeks. But, mostly users take it in a light manner and go on allowing all the features.  Here, otherwise, a user must understand whether permission to a specific capability is necessary for the app to perform the activity or not. If it’s not, the user can deny the access. So, if a user is installing a photo enhancement app, there is no need to allow it to access mic and so on.  The data sharing mishaps at this level happen primarily due to unawareness or lack of awareness of users. This can be only improved with the passage of time.

However, in other two instances, the users as well as the organisations have to be socially responsible.  This means when an organisation captures data of the users of its app, it has to make public in a lucid manner about what the permissions are being sought for.  The app maker also has to be clear about what kind of data is captured at the app level and another at the interface level. Some of the data capturing might be visible while other hidden from the user. But the user must be aware of what is actually happening.

The third case is where a user accesses any app, especially on social networking platforms like Facebook, and without having any idea about the reputation of the app makers, gives permissions of not only accessing her/his profile, but also puts the information of her/his connects in jeopardy.  Here, the users whose data has been compromised are in no way responsible for the data leak. Its only that some of their connect without much of a thought accessed an app, generally a fun app, which enabled the app to access the data of her/his connects.

All the three scenarios in which a data is transmitted from a user to the other side, can be improved with awareness and transparency that would help users take informed decisions.  However, this also calls for being socially responsible over digital platforms. One aspect that we have been debating a lot has been being responsible about the transmission of messages over digital platform so that all forms of sensitivities are adhered to.  However, we have been very casual with respect to data. This is what needs now to be incorporated in what could be referred to Digital Social Responsibility (DSR) of an individual as well as an organisation. The DSR of an organisation would encompass being transparent about what and how they capture and strictly not sharing the data captured beyond the purpose for which a user has agreed to.  For an individual the DSR would mean being responsible about the connects while installing or accessing an app. The user may be okay to share her/his information with the app, but, at the same time she/he has to be sure about how the connects are affected by the app.

DSR is not just about how one should behave on digital platforms or how data should be treated.  It encompasses many other things as wide as how ‘family safe’ content is ensured and at the same time how digital waste is treated.  There is a need to have a policy intervention around Digital Social Responsibility that not only develops a framework on users and organisations but also integrates education about Digital World in schools to have Digitally Responsible Indian Citizens as we usher into a Digital Economy era.