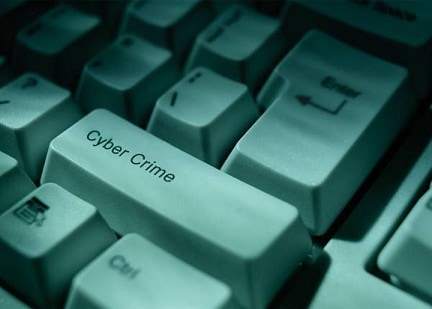 Security analysts called 2013 the year of the mega breach, and severe vulnerabilities such asHeartbleed and Shellshock in 2014 showed that the security community can never rest on its laurels.

All indications are that 2015 will bring more of the same, with the struggle between those wishing to create new threats and exploit vulnerabilities and those looking to protect against them likely to intensify. Advancements in the Internet of Things also means consumers will have increased connectivity across their devices, gadgets and machines–and with this connectivity comes the potential for a whole new range of security risks.

Will the Internet of Things usher in a new wave of security attacks? As countries move towards their smart nation master plans, what role will Big Data play? What’s next in the mobile security space?

Symantec’s APJ security predictions for 2015 takes a look at issues that will affect individual consumers, businesses and governments in the region:

1.) Attacks on the Internet of Things (IoT) will focus on smart home automation:  With smart home automation gaining popularity amongst consumers across Asia Pacific and Japan, Symantec anticipates that commoditized “plug and play” consumer devices such as CCTV cameras and remote access controls for alarms, lighting and climate control will be exploited by cybercriminals.

While the embedded and small devices continue to become more prevalent, unfortunately not many of these devices are deployed with internet security in mind. These devices tend to have limited memory and system resources and do not have the computing power of a typical desktop.

Obviously there is a search engine that allows people to do an online search for Internet-enabled devices, ranging from security cameras, to cars, home heating systems and more. Although the search engine does not reveal vulnerabilities, it makes it easier for IoT devices to be found, which cybercriminals can then target and exploit. For instance, the recent news about Insecam.com, a website believed to be from Russia, is broadcasting feeds from or IP cameras all over the world.

That said, we won’t see any large-scale attacks leveraging IoT, but instead one-off attacks against connected devices such as home routers, Smart TVs and connected car apps, for example, for sensitive and private information.

Mobile devices will become even more valuable as mobile carriers and retail stores transition to mobile payments. For example, Apple Pay certainly addresses some of the weaknesses that have facilitated recent attacks on Point-of-Sale (PoS) systems. However, this should not be cause for complacency, since attackers will usually look for other weaknesses once an avenue of attack has been closed off. Should Apple Pay take off as a payment method, attackers are likely to rigorously test the security in place around near-field communication (NFC) payments.

5.) Scammers will continue to run profitable ransomware scams: According to Symantec’s Internet Security Threat Report, ransomware attacks grew by 500 percent and turned vicious in the latter part of 2013. This growth was largely due to the success of Ransomcrypt, commonly known as Cryptolocker. This particularly aggressive form of ransomware made up 55 percent of all ransomware in the month of October alone. This threat is designed to encrypt a user’s files and request a ransom for the files to be unencrypted. Ransomware causes even more damage to businesses where not only the victims’ files are encrypted but also files on shared or attached network drives. Holding encrypted files for ransom is not entirely new, but getting the ransom paid has previously proven problematic for the crooks.  However recently ransomware makers have started leveraging online and electronic payment systems such as Bitcoins, Webmoney, Ukash, greendot (MoneyPak) to get around this challenge. Crooks like the relative anonymity and convenience of electronic payments and these are already readily available, putting businesses and consumers at greater risk from losing data, files or memories.

6.)    The prominent data leaks of 2014 will keep cybersecurity in the spotlight in 2015: With the interconnected nature of a global internet and cloud infrastructures, cross-border flow of data is unavoidable and needs to be appropriately addressed.  2015 will see the evolution of the Personal Data Protection Act, especially in the Asia Pacific region as it makes a real impact in people’s lives, towards ensuring that individuals and organizations have the right mindset with regards to online security and cybercrime prevention.

7.)    Distributed denial-of-service (DDoS) will continue to rise as a threat: Yet another trend seen in 2014 is the increase in Unix servers being compromised and their high bandwidth being used in DDoS attacks. The motivation of the attacker can vary widely, with hacktivism, profit, and disputes being the main reasons. Considering the ease of conducting large DDoS attacks, Symantec expects that the DDoS growth trend will continue in the future. The likelihood of being targeted by short but intensive DDoS attacks is rising.

8.)    User behavior will take center stage as security moves beyond passwords: With the password system constantly under attack by cybercriminals, security vendors and providers are facing increasing challenges on ways to balance the need for convenience against complexity while providing users with the seamless experience that they demand. Adopting multi-factor authentication techniques such as one-time passwords or iris and fingerprint scanning may provide alternate safeguard methods, but at times they may not be the safest options. The true solution to protecting valuable information lies in users’ behaviour, which is ultimately how we can prevent our personal online assets and identities from being compromised.

9.)    The Cloud will take us to Infinity and Beyond: In 2015, we expect to see more and more data hosted in the cloud but as this move occurs, businesses will need to take a closer look at data governance and ensuring their data is cleaned before it is hosted in the cloud. Legacy data left unmanaged will continue to accumulate and present a persistent challenge for businesses. For consumers, the cloud in 2015 represents an infinite amount of personal information being hosted remotely and debate around the right to access, control, and protect private data in the cloud will continue to escalate.

10.) The front lines of cybersecurity will be strengthened by closer industry partnerships and collaborations: The fight against cybercrime cannot be won alone and the security industry together with telecommunication providers and governments from around the world are joining forces to beat the war on cybercrime. The security industry is one of few in the world that has a ‘nemesis industry’ constantly working against it to bring it down.  That’s why beating the war on cybercrime requires a different approach.

For example, while in 2015, attackers will continue to look for new vulnerabilities so that they can “hack the planet”, open source platforms will continue to address these vulnerabilities through greater industry coordination, collaboration and response. We see this as a positive sign and Symantec believes that open source platforms can only get better in the future.

Posted by: Ruchika Goel
View more posts
The Threat Landscape in 2014 and Beyond 0 out of 5 based on 0 ratings. 0 user reviews.
Dell Channel Business Continues Strong Momentum in Asia Pacific
Riding High on Big Data

After a disruptive couple of years, we’re emerging into a much more digitised world with…