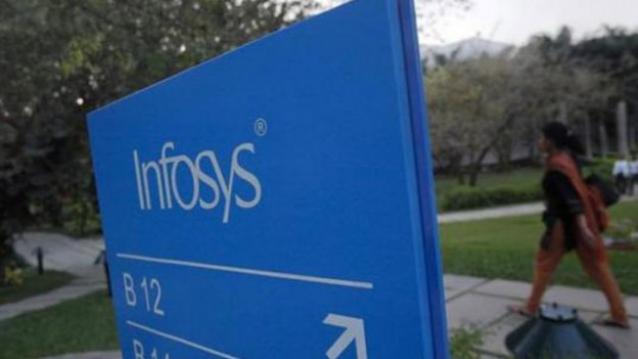 With a decade of reporting on sustainability disclosures, Infosys has recently unveiled the Infosys Sustainability Report 2016-17 as per the Global Reporting Initiative G4 guidelines. Attached is an infographic with key highlights from the report.

In line with the company’s sustainability policy and sustainability strategy, Infosys focused their efforts on enhancing their environmental performance by improving energy efficiency, becoming water sustainable, minimizing waste-to-landfills, increasing the use of renewable energy and contribution to biodiversity.

Given below are a few key highlights from the latest sustainability report:

· In fiscal 2017, three of Infosys’ buildings in Pune, Mysuru and Thiruvananthapuram were awarded the LEED India Platinum rating

· The Pune and Hyderabad STPI campuses were awarded the LEED EB platinum certification. The Hinjewadi campus in Pune was awarded the Platinum Certification under LEED EB O&M v.3 of the 2009 rating system of the U.S. Green Building Council (USGBC), making it the largest campus in the world to have achieved this distinction.

· Currently, over 20 million sq. ft. covering 91 buildings is monitored through the Central Command Center in Bengaluru and Mysuru.

During fiscal 2017, 118.90 million units of electricity was from renewable sources, which is about 44.6% of overall electricity requirements of their campuses in India

· Infosys is at the forefront when it comes to exploring the possibilities of solar energy, 17,572 MWh of electricity was generated from solar PV systems at Infosys’ campuses. The company has installed 15.2 MW rooftop solar plants and ground -mount installations across our campuses in India.

· Efforts in energy efficiency and the use of RE has helped the company reduce their carbon footprint by about 70% across their scope 1 and 2 emissions. As a part of their carbon neutrality commitment, Infosys is implementing carbon offset projects with the goal of offsetting our scope 3 emissions

· During the year, the company started three new carbon offset projects – a rural electrification project and two projects which involved distribution of high efficiency biomass cook stoves for households in rural areas. Together, they will generate approximately 50% of our carbon offset requirement in 2017-18.

· Infosys is working to achieve zero waste to landfill and 100% food waste treatment within their campuses. Currently 63% of the waste generated is treated in biogas plants.

Infosys’ harvest rainwater in all their campuses and have constructed 270 deep-injection wells and 25 lakes for recharging groundwater with the harvested rainwater. The company’s goal is to harvest 100% roof top rainwater from all their buildings and use it for consumption after treatment