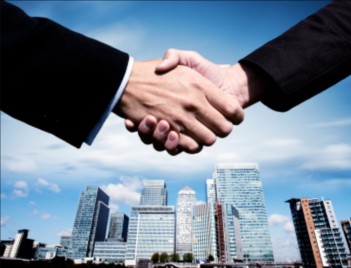 Asha Jadeja Motwani is the philanthropist, angel investor, and NFT evangelist who founded the Motwani Jadeja Family Foundation. She’s invested in over 100 firms and founded the Rajeev Circle Fellowship to link Indian entrepreneurs with mentors, peers, and initial investors. On September 17th, 2021, she delivered the keynote address at the PanIIT Global Virtual Technology Summit.

Motwani states that the restrictions requiring Indian unicorns to go public first in India, before being listed on overseas exchanges such as NASDAQ, must be repealed. This harms Indian unicorns since it causes protracted delays, lowers their valuation, and limits their ability to raise funds.

Second, Motwani states India not make any rule or law violation a crime unless there is a clear criminal intent. Fines or penalties are enforced in democratic countries for any infringement or non-compliance with economic rules, such as anti-monopoly laws. If they break the regulations, businesspeople and companies know how to deal with the financial dangers of fines and penalties. The prospect of being arrested and imprisoned as a criminal, on the other hand, scares individuals away, regardless of how lucrative their business idea may be.

And last, there is a huge necessity to look at crypto in a much serious way.

Before moving on to huge, long-term initiatives that are likewise capital intensive, India must first focus on areas that have the potential to provide faster returns. IT, for example, takes less upfront capital and has a quick turnaround period.

With the significant changes that have occurred in the last two years, such as the rise of work-from-home there is a high demand for technology that will enable businesses to better adapt to and manage work when only some employees come to work, while others do so only partially and some not at all. “India is in a unique position to create and provide much of this technology while also generating billions in revenue,” said Asha Jadega Motwani. But, in order for this to happen, we must enable and empower our IT companies. Regulations need to be examined and streamlined so that our IT businesses may be as nimble and rapid as possible.

Unlike venture capital firms, the Motwani Jadeja Family Foundation is a non-profit organisation. There are several world-class companies in the self-education market that have had considerable success in making learning available without having to attend to school. The Motwani Jadeja Family Foundation is interested in making significant investments in these areas. The fundamental goal is to assist a global network of entrepreneurial thinkers, artists, authors, and tech innovators who are motivated by personal freedom and excellence.

Posted by: DQINDIA Online
View more posts
There’s a need to build a dynamic corridor between Indian IT startups and the Silicon Valley: Asha Jadega Motwani 0 out of 5 based on 0 ratings. 0 user reviews.
Microsoft Internship 2021: Applications Invited for 50,000 Virtual Internships, Participation Certificates to be Given
IIT Kanpur has Invited Applications for Online Course on Artificial Intelligence with Certificate