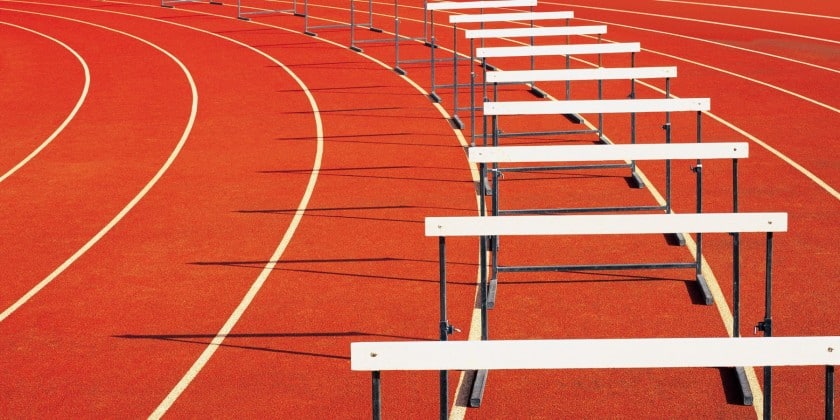 Internet of Things (IoT) is perhaps the most widely discussed topic in the technology landscape today. The space is witnessing a lot of vendor activity, as well as significant level of interest from the investor as well as the analyst community. Some of the growth forecasts for IoT that are being put forward point to a huge and sustained growth on the basis of wide spread adoption and an explosion of use cases.

However, there are some concerns that the IoT market will live up to the hype we see today, and the ambitious projections that were once dreams will actually become realities. Even the most optimistic voices around IoT admit that there are challenges that need to be addressed for the IoT market to grow successfully. Some of these challenges are:

Data Security and Privacy: Even though these are early days for consumer adoption, and high impact IoT data breaches have not come to the mainstream media security is a concern for both the users and vendors in the IoT space. With over 5 bn devices already connected and the number growing to 25 bn by 2020 (Gartner), the data security challenges become more complex.

While this challenge can largely be addressed by technology, it will still take some time for consumers to become consciously ready to allow more and more devices to capture, store, and transmit their personal data.

Interoperability, Closed Systems and Lack of Standards/Governance: Interoperability is considered a big challenge for generating value from IoT. Unlike the computing or smartphone ecosystem where we are talking about a handful of ‘ecosystems’ in the IoT space, we are looking at literally 100s of closed ecosystems. Moreover, despite the efforts of a few key industry stakeholders, we are still far away from having global standards for IoT systems. Government policies and regulatory environment is also not yet supportive to drive IoT enabled systems to operate.

Data Ownership, Access, and Intellectual Property: There are multiple players in any IoT ecosystem, and it is inevitable that many of them could claim ownership over the data that is generated. This is another challenge that needs to be addressed along with issues of interoperability. Internet Connectivity: Always on, widely available, reliable, and low-cost Internet is the essential plumbing for IoT to become all pervasive. Today, IoT connections would need to go through Internet pipes owned telecommunication service providers. This is a double whammy, as apart from the high data costs that we already see, telecommunication companies may try to monetize the Internet pipes through direct customer billing for IoT use cases. High data costs can be a major impediment for IoT growth.

IP Address Availability: With billions of devices getting connected we would also have a need for billions of IP addresses. It is evident that IPv4 addresses are running out, and IPv6 adoption growing much slower than anticipated which could be another challenge for IoT adoption.

Unproven Consumer Needs: None of the IoT usage scenarios so far has come to realm of being something that “we cannot live without.” This is especially true in the consumer IoT space. To a large extent, except for some limited examples in home automation, personal health monitoring and connected car systems, current consumer IoT use cases have not seen any kind of real consumer interest.

Vendor Concerns – Disruption, Cost and RoI: The fact is that IoT is highly disruptive, and poses huge challenges to existing business models and industry structures. Large vendors whose businesses are built on those business models are reluctant to take the plunge, and this is major impediment to collaboration and interoperability. Moreover, we have already seen some high profile failures in this space.

For IoT vendors, one of the key concerns is the cost of IoT systems, especially the core IoT hardware. Whether it is sensors, RFID systems, power/battery systems, storage, the costs today are still not low enough for the IoT devices to be made with margins that drive mass adoption. Additionally, since the cost of related software and services is also high, the high costs of IoT analytics is a valid case in point.

Many of the vendors playing in the IoT space are yet to see any kind of significant revenue growth, and really have no idea of the RoI.

These are by no means insurmountable challenges. Once the IoT stakeholders are able to work more collaboratively and the infrastructure challenges get addressed, the projected growth and trillion $ dreams of tremendous revenue will become a reality