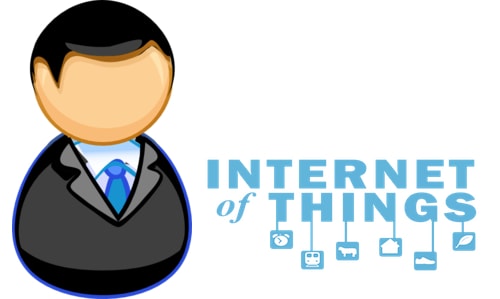 The time is nigh
The Internet of Things (IoT) may still be more hype than reality, with a certain amount of inbuilt scepticism surrounding it but this is going to change, and companies need to be ready. Germany’s main telco, tech and manufacturing companies have already formed the Internet of Things Alliance (iota) ahead of the upcoming IoT onslaught. The aim is to make sure that when devices do start speaking to each other, they’ll be speaking German. However, even with all this planning there’s a large stumbling block lurking on the horizon, which is a lack of a proper infrastructure to manage the vast diversified data, traffic, storage and processing demands associated with the IoT behemoth.

As IoT expands, with everything from thermostats to cars increasingly being plugged into the internet, so does the need for a solid infrastructure and requisite compute power to underpin it. Thus, leading to a revolution within data centres throughout the land.

Hot beds for innovation
The fact that IoT controllers are getting ever smaller and affordable, makes it relatively easy to enable IoT connectivity on all kinds of devices. However, its not just fridges and table lamps that are moving online, IoT is being used on a mass scale too, empowering a wide variety of innovations.

For example, scientists are helping forward thinking wine growers in the Napa Valley to alter their long held irrigation techniques through the use of smart sensors embedded within the vines1. From simply wirelessly transmitting readings from the sensors, they can analyse the findings to determine the plant’s level of hydration,  turning laggard vineyards into top performers that use far less water at a time when California is facing a widely reported catastrophic drought.

Healthcare has been one sector swift to embrace the benefits that the IoT can bring. One such solution is Philips’ medication dispensing service2. Designed for elderly people who often forget to take their medication, the device alerts a patient when it’s time to take their pills. When a patient pushes the button, pre-filled cups with medication are dispensed. The device is synced to the user’s phone line, so messages are tracked if the person misses a dose, if it’s time to refill the medication, or if the power goes out, preventing the device from working.

Signal to noise ratio
The adoption rate of IoT will very much depend on how easily businesses can circumvent the stringent German Bundesdatenschutzgesetz (BDSG) to unlock and use the information gathered from it, with the key component, whether from consumer or business focused devices, being the application, not the sensor itself.

With billions more network-connected devices expected to emerge in the coming years as the IoT trend takes off, datacentre operators will need to invest to ensure their facilities have sufficient data capacity to cope with the influx of information that these IoT endpoints will generate.

The problem is that the big data coming out of the IoT explosion generally has a very high noise-to-signal ratio with a large proportion of irrelevant data leading to a high data exhaust rate. This will have both an immediate impact on the bandwidth needed to and from the datacentre and the storage and compute power within.

Because of this, for IoT to reach the type of growth predicted by Gartner et al, businesses will need to have a datacentre capability that can handle this potentially huge influx of data. Investments in IoT platform services residing in the datacentre will be instrumental in delivering the IoT promise of anytime, anywhere, any way connectivity and context.

In fact, IDC warns that the IoT may fall short of its promised potential without urgent investment in datacentre upgrades in its research5 on datacentre demand and operations. The analyst group predicts that the datacentre capacity consumed by IoT workloads will increase by nearly 750 per cent between 2014 and 2019, putting pressure on facilities from a networking, storage and analytics point of view.

A change in infrastructure requirements
Given the number of devices connected and the amount of data generated, businesses must focus on their IoT service platform requirements at the level of the datacentre itself, not just the individual servers or storage devices. And with IDC predicting that more than 90 per cent of the data created by IoT devices will be hosted in the cloud within the next five years, it is datacentres that will feel the strain.

However, companies striving to analyse and make sense of the data generated by the plethora of network-connected devices out there in real time, may find that their traditional legacy datacentres are ill-equipped to cope. Rather than trying to plug the gaps by purchasing infrastructure by component part, we will see modern switched-on businesses moving to a virtualised converged infrastructure to offer flexibility to the huge steps in data to come. This, in turn, will lead to the emergence of hyperscale datacentres built upon converged and  hyper-converged infrastructures to cope with the unique pressures of the IoT era.

Changing the perceptions of IT
To enable this IT needs to change its perception from a cost centre to a revenue enabler. Only when this thinking is flipped can an organisation truly embrace the advantages the IoT can bring. Once technology is put at the core, businesses can achieve the integration, speed, scalability and resilience goals of a modern digitally transformed business.

It may have started with an internet connected fridge, but the IoT will in effect become the top driver of IT expansion into larger datacentres in the future, speeding the transition to cloud-oriented converged infrastructures that have the ability to scale and data platform architectures.

Posted by: DQINDIA Online
View more posts
Tags:cloud-oriented converged infrastructures, datacentre, Internet of Thing, power of IoT
The signal and the noise: Unleashing the power of IoT 0 out of 5 based on 0 ratings. 0 user reviews.
PayU India appoints Sachin Singhal as its Head of Consumer Business
Orange Business Services extends sales operations to Nigeria

Dimensions of IT Business from Raritan VP Asia Pacific

Atos, the digital transformation, and Dell EMC announced they are joining forces to address the…