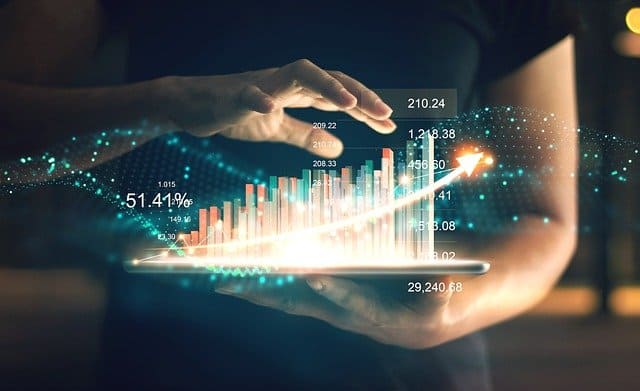 In the pressure to deliver rapidly, businesses often resort to short-term point solutions that give temporary reprieve rather than invest in long-term technology that future-proofs the organization. Short-term solutions can indirectly create a huge debt, becoming a stumbling block for growth and innovation.

According to a McKinsey study, “A company that spends more than half of its IT project budget on integrations and fixing legacy systems is likely to be caught in a tech-debt spiral in which it is paying interest only. Conversely, a company that operates on a modern IT stack and has little or no tech debt is able to direct almost all its technology investment to new offerings. Most companies sit somewhere between these two extremes.”

What is technical debt?

Technical debt refers to the implied cost of additional rework caused by choosing a fast, easy (limited) solution instead of using a better approach that would take longer. The concept was first described by the renowned American programmer Ward Cunningham, who compared accumulating technical debt to monetary debt.

Say a developer creates an application that will work on two separate databases, but decides to use just one database, since it’s easier to manage and solves the purpose “for the time being.” It may work well until a requirement arises where the app has to be integrated with another app, at which point they realize the data needs to be stored or synced with both databases at once.The result: technical debt.

Technical debt in software development is anything that slows down your ability to get things done over time.

How is technical debt accrued?

Technical debt accumulates when the written code does not meet design standards or does not perform optimally and continues to accumulate until the undesirable consequences of the poor code become apparent. This means that, as a job goes on, it will take more and more effort for subsequent developers to work with the codebase. The consequences can include a high degree of technical debt, reduced team velocity, and increased time to market for new features.

A common issue among software developers is often leaving their code as it is when adding new features. This can lead to an accumulation of technical debt, which can have numerous negative consequences, including:

Low-code application platforms (LCAP) provide an automation layer between the business logic and the underlying technology. With a low-code platform, developers can write production-ready applications faster than with traditional coding languages or platforms. This automation helps reduce the consequences of poor programming, speeds up development time, and greatly increases productivity.

With LCAPs, companies are able to reduce their technical debt by allowing programmers to create quick prototypes or minimum viable products (MVP) that can be modified easily. The creation of an MVP allows companies to assess customer requirements before they decide on long-term strategies regarding their IT architecture. It provides them with greater flexibility in software development and reduces costs drastically.

Low-code platforms usually don’t require additional infrastructure or software (other than the platform itself). This also means they are fast and easy to deploy, so users don’t have to wait a long time before their application is ready for the market.

Also, low-code platforms usually feature an easy way to perform version control and test new code in parallel to the existing system without disrupting it.

It often happens that traditional coding languages or platforms involve a lot of boilerplate code that works with numerous systems. This redundancy not only makes the code harder to comprehend, it can also make development slow and expensive. An LCAP usually streamlines the code used to interact with various systems or perform certain functions.

In addition to reducing the total number of lines written, LCAPs often come with tools to help speed up development. Some platforms have features that allow developers to create their own components, which can be reused in many different applications. This not only saves time and money, it also improves the quality of an application without having to start from scratch.

How can low-code reduce development costs?

The cost of developing an application using traditional programming can be prohibitively expensive. This is primarily because there are usually several elements (hardware, software licenses, and human labor) that have to be combined in the right way in order to produce a working solution.

This creates a major issue for small companies looking to enter the market or gain exposure. They often don’t have the resources needed to invest in a custom application, but struggle to compete with larger corporations due to their lack of brand recognition and reach.

In contrast, low-code platforms usually provide more value for the money, because they require less infrastructure and other resources to start. They’re also easier and faster to deploy, so this reduces the amount of time needed for an app to go live.

In other words, low-code development propels businesses onto a growth path by reducing time to market, speeding up new feature releases, reducing tech debt, and improving the efficiency of app development. With the use of artificial intelligence (AI) and machine learning (ML), the low-code revolution is ready to speed up even more in the future.

The author of this article is Bharath Kumar B. He heads marketing and customer experience for Zoho Creator.