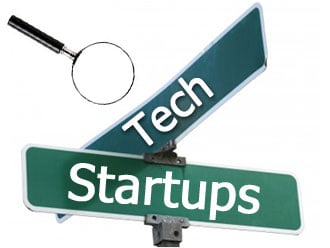 With more than Rs 8 crore in revenues and a customer base of over 40,000, Indian startup WebKul has quickly scaled up in a short period of time. In a short time span of about five years, the firm has built one of the largest collection of open source plugins for popular e-commerce and CMS platforms like Magento , Prestashop , Joomla , WordPress , Cs-Cart , Salesforce , shopify , Android , opencart , OpenERP , Node.js , Symfony2 and x-cart. Today, WebKul is the world’s largest marketplace for open source plugins.

The founders, Vipin Sahu and Vinay Yadav, who were roommates at their college, started developing plugins in college. So inspired were they about the business potential, that they rejected offers from big MNCs and decided to take the entrepreneurial journey. Founder Vipin Sahu says that the decision was tough, as they did not have industry experience.

While today, the firm boasts of a good team of over 100 people, the initial days were tough, and this period taught several lessons for WebKul’s young team. It is in this period that the founders thought out of the box to preserve money.

“We realized that we could not grow without the profit as we never took any funding from anybody. We wanted to preserve cash. Hence, in the initial days, we hired interns. However, since we did not have enough PCs, I used to sleep in the daytime so that interns could work in the daytime and I slogged it out in the night,” states Vipin. 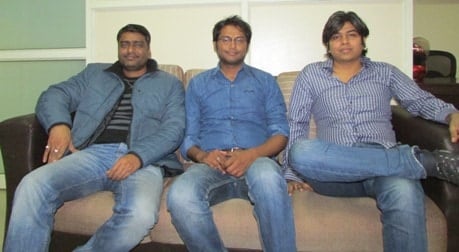 A budget for Maggi Noodles

During times when the team was running out of budget, the team even went into detailing food. “We kept Rs 600 as our budget for Maggi noodles – assuming 2 packets of Rs 10 Maggi noodles a day for 30 days,” exclaims Vipin. It is this kind of detailing for every possible initiative that has helped WebKul become profitable from day one. Today, the firm has developed more than 500 plugins.

Vipin says that customer support is the firm’s key strength, and the company tries to resolve every issue quickly through its support system.

Open source gives WebKul the advantage
WebKul also uses open source extensively. “Open source give us freedom and whatever we have learned till date, is from open source. As a responsibility, we are giving back to the open source community. While we are charging for the plugin, the plugins are open. This means that any person can read the code and customize it as per their needs,” states Vipin.

For budding entrepreneurs, Vipin says that every company has a unique story of their own, and it is important for every entrepreneur to completely believe in whatever they are doing with complete passion and persistence. But the most important lesson is in building a great team. “It does not matter how smart you are – you always need a team of great people,” says he.

One response to “The inspiring story of how startup WebKul created a 40,000 customer base using open source”