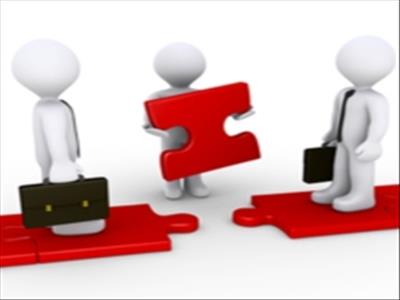 The Indian IT services industry has already lost the ability to attract the best engineers and attrition is rampant across the board. The present and immediate future holds huge challenges for HR.

Indian IT service providers have faced some significant HR challenges for the last few years. As luck would have it, the slide of the Indian rupee in the last two to three years has papered over the problems. Companies have been able to show some growth but this is only the lull before the storm.

In order to understand the magnitude of the problem, one has to look back a few years – about 15 in fact. The early part of this century is a critical phase in history. That was the time when the industry was able to prove to customers that they can deliver complex solutions and high quality on-going support. Unlike common posturing of how this success was driven by mature processes, the truth is that it was driven by some superb teamwork and willingness to put all hands on deck. The stars of the show were the onsite teams who were typically in the three to eight year experience bracket. These people were hands-on, able to establish trust with the customer and good enough to shield weaker offshore colleagues. They routinely worked long hours because of their passion for the job and a strange pioneering spirit.

What drove these people? They were not really well paid but they wanted to be on the front lines. Many of them were driven by the goal of doing well and staying on (typically true for people in the USA). After a few years, some changed jobs, some joined customers and some returned to India. The last bunch is the most troubling! Did they really want to come back to India? In most cases no, but there was a cloud looming over their careers. Beyond a point it became impossible to promote these star performers unless they led teams and that meant they had to head back offshore. Many of these stars were not naturally inclined to leadership roles and by being forced to become leaders, the industry lost some terrific hands-on stars.

By about 2006, pyramids were talked about more in Indian IT than they have ever been in Egypt. From the desert to the board rooms and into everyone’s lives they came!! Formuale were doled out and how many people got promoted from each division was calculated. It was impossible to promote anyone beyond a point if he was an individual contributor because the pyramid did not allow it. As a result, tons of people simply floated up the ladder and quickly lost touch with technology. Their new expertise was in managing time sheets, SLAs, endless interviewing and fighting for resources. What a waste!!

A new breed of employees

Something else started happening and this is a critical demographic shift, which has been either wished away or ignored by the industry. A new breed of employees was coming through. They were less enamoured by onsite roles and many of them had working spouses with a similar income. These spouses were not quite willing to give up their careers and move. Simply put, the best people were no longer interested in onsite roles. The impact was immediate – customer satisfaction levels started to fall and if a week went by without a significant escalation, you celebrated!!

The HR folks and the industry as a whole, meanwhile adopted Mr. Bell Curve. This concept was based on “meritocracy” and Darwinian logic. The idea was to weed out poor performers at all levels in order to reward and keep the rest motivated. The process started once all the appraisals were done and the ratings “normalized”. One had to make exceptions of course. If someone was in a critical project or in an onsite role and close to a customer, he could not be removed. Unfortunately, the idea of meritocracy degenerated into a quota system. Has the Bell Curve worked? HR will say it has and operating managers will say the opposite. I know some companies are formally abandoning their loving adoption of yore and I suspect many more will follow. Why?

Because something else is happening. Many years ago, most of the good engineers (i.e. from the IITs and such) stopped applying for jobs at Indian IT Services companies. Now, they and the next rung are joining startups and software product companies. Money or stock options is not the only factor, the quality of work is. These companies offer the challenge and buzz that went missing from Indian IT. Attrition, earlier mostly confined to lower levels, has proliferated across the board and retention is much tougher than it was.

Once the US financial crisis hit Indian IT, growth slowed and the pyramid was uneasy. The bright middle managers could not be promoted at the same pace as their bosses had been. Titles kept up their growth rates but job content went south. Then someone whispered that senior managers had become “expensive” and suggested – could they be expendable? What started as a trickle is now a steady stream. Some were given such tough choices that they left on their volition and others, well! A lot of these people had been the star onsite performers in the 90s and had strong customer connections. They had also experienced technology changes, seen many growth and dip cycles and could now talk to CIOs at a peer intellectual and experience level. Unfortunately, many are gone, probably to never return.

Trouble is that the middle managers who took their place are also quite restless – job content has not changed and burn out is becoming common. Quite a few are doing startups and some are happy to join smaller companies.

Presently, the “as a service economy” appeared. Cloud, Digital Enterprises, Social Media, Mobile, Agile development, Robotic Process Automation and such things already have a huge impact. The nature of service offerings to stay relevant for the future, will be very different. Existing business will not vanish suddenly but will more likely morph into a shape aligned to the future. Five years from now it may not be possible to run the scale models of today and add thousands of entry level engineers each year. There is talk that the big companies will become dinosaurs simply because they will become victims of their past successes. Some smaller companies are sensibly splitting their businesses units or in some instances, spinning off focused companies. Business models will have to adapt and perhaps pyramids will be replaced by expertise farms!!

It’s a reasonably safe bet to assume that Indian IT services companies will look very different in 5 to 10 years. I expect that successful companies of the future will be those where the HR leadership is able to create very different organization structures and reward & retention mechanisms. Undoing the present and creating a new tomorrow will be challenge. Think about this, 25 years ago the entire industry added up to less than 500m US$. The stakes today are astronomically high!!

Uday Tembulkar is Co Founder of Empacus which provides Outsourcing Management & Advisory Services to customers who have invested in IT & BPO Outsourcing. Uday has over 28 years of experience in the global IT and Outsourcing arena. He can be reached at uday@empacus.com