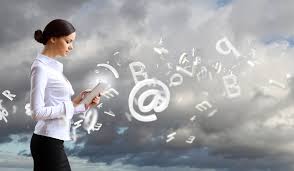 By: Dr. Rishi Mohan Bhatnagar, President, Aeris India, Chairperson of The Institution of Engineering and Technology – IoT panel for India

India, home to about 130+ bn people, is trying hard to address the issue of women’s safety. According to government of India statistics, a total of 327,234 crimes against women were reported in 2016 compared to 296, 312 during 2015 representing an increase of nearly 11%.

Safety of women in today’s context is a multi-dimensional conversation. On one hand we have the social, cultural and geographical subtexts while on the other we have the technology, policy and governance related aspects.

The three pillars on which women empowerment is pivoted include, safety, communication and privacy. With advanced technologies like the Internet of Things (IoT), Big Data and Artificial Intelligence coming in, all three can be managed seamlessly together to play definitive roles in women’s safety.

Panic buttons and tracking devices belong to the older generation of safety enabling tech. A whole new generation of technology is now emerging that promises to revolutionize women’s safety and offer greater assurance to them. Wearable tech is one of them. There are wearable garments out there that can generate as much as 3800 kv of electricity to stun a perpetrator.

IoT can help generate real time location reports to ensure security of an individual. IoT powered devices are so portable and discreet that they can be carried easily and made operational in a short period of time during an emergency.

Big data becomes useful when vulnerable stretches of roads or localities have to be identified. Data from past trends can be analysed to generate alerts through apps or SMS so that such stretches can be avoided. In case of emergencies, the victim can be located early and easily so that help can be rushed without any delay.

Technology can also play a key role in ensuring that neighbourhoods are well-lit (smart lighting) and monitored 24X7 through security cameras. In the future, any out of the ordinary event will raise an alert without any kind of manual intervention in the police control room and vans dispatched within minutes. Such a security framework will also deter potential criminals from carrying out crimes as law enforcement gets extra muscles to prevent a crime from happening.

IoT can also ensure that infrastructure, public spaces and vulnerable areas are easily accessible and maintained well so that no one has to spend more time in such places unless needed. In case of breakdown of a vehicle on a highway, if help can be dispatched in a short period of time, the vulnerability of people involved can be reduced proportionately.

While technology can play a big role in this, old mind-sets have to give way to the new. Technology definitely offers a promise the key will however be to leverage this promise and convert it to something tangible that aids women’s security.