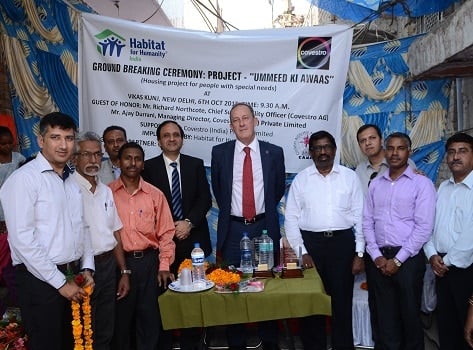 Established in 1949, Family Planning Association of India (FPAI) has been recognized as India’s leading and largest reproductive and sexual health organization. FPAI has 44 branches across India. It manages 39 static clinics, 23 urban welfare centers (funded by the Government of India), 78 outreach units and 148 adolescent/youth friendly centers/clinics. Additionally, it is supported by 2,698 CBDs, 563 private practitioners and 196 other agencies at the community level, which are identified and trained by FPA India. Over 3,000 policy level volunteers and 1,000 FPA India staff have received support from community members.

Notwithstanding being one of the fairly large NGOs, their technology infrastructure has been fairly rudimentary. FPAI earlier used on-premise Exchange server 2007 for their mailing system and had 120 mailboxes. Every branch was allocated one mailbox only. And important officials were only given separate email IDs. In addition, FPAI was using GMeet for basic Video Conferencing between all users. The overall cost was Rs. 2.7 lakhs per annum for a total of 44 licenses and each branch had one license. Therefore, communication was a combination of GMeet chat and emails.

Vis-à-vis document management system, the FPAI Head Office had a file server and so the users in head office would access the shared files on the file server and they would store their personal files in the My Documents folder of their PC. At the branch level, the users would create their data on their PC. For periodic reports, they created a report in a document and then the 44 branches would mail the report to HO where it would get consolidated manually.

Mukesh Surve and FPAI had several pain points on their plates. The space on the on-premise server was limited and so the mail box size for the users was very small. Hence the users would usually archive the files on their hard disk as PST .The mail in PST was not available outside the office. Also there were situations when the PST would be lost due to PC crash. There were also instances where the Server IP would be blacklisted and that would lead to E-mail outage. Additionally, there were instances when the Mail Server was down due to hard ware or software issue. With one Email id per branch, when a mail was sent to a branch, a print out would be taken and circulated. This was cumbersome and time consuming. The cost of managing the On Premise Server was quite high due to cost of monitoring and also running cost of Electricity.

On the communication front, the annual cost of Rs. 2, 70,000 was quite high for GMeet Video Conferencing. In terms of features too, it had limited functionality as compared to Skype For Business Since each branch had one license, it was cumbersome to use just one PC per branch for communication. Regarding Document Management System, at the Head Office, with the shared files being stored on the File Server, there was no access to these files from outside the office .There was lot of duplication when these files were needed at the branches. It meant that they had to be emailed thus leading to lot of traffic and multiple file versions. The local users at the HO kept their files on their PC. These were rarely backed up as the backup policy was put only on the Server. At branches, there was minimal backup of documents since users created documents and stored them on their PC. This was becoming a huge compliance issue.