STPI was conceptualized in 1986 by the then Department of Electronics (the present Ministry of Electronics and Information Technology). Then nobody had really an iota of imagination about the possibility of outsourcing IT services, or how exports in this sector would be possible. Some incredibly talented and enterprising people envisaged how information technology as an industry would play a crucial role in the economic growth of the country. They dreamt about a huge, successful upcoming industry, built on the information technology outsourcing model, and created the frameworks for the legal, operational and business processes involved in it. Those frameworks are relevant till date. Finally, they came up with a scheme in 1986 for the promotion of software development and exports, along with a skills development resolution, and that was published in the Gazette of India. As a follow-up action, three Software Technology Parks (STPs) at Bhubaneswar, Bengaluru and Thiruvananthapuram were created in 1989. One of the major IT reforms by the Indian Government was the creation of the autonomous society called Software Technology Parks of India (STPI) in 1991 in which all the three STPs were merged to create a single entity. STPI was created as a nodal agency to promote software development, hardware manufacturing and export of both.

How STPI has been supporting industry?

In the early 90s, the business environment for IT industry was not conducive. Lack of proper infrastructure, difficulty in import of computers and servers and unavailability of communication infrastructure were the biggest hurdles for companies. These problems were major roadblocks for companies to execute their offshore development programmes. Observing the problems faced by industry, the Government introduced Software Technology Park (STP)/ Electronic Hardware Technology Park (EHTP) scheme, which provisioned physical infrastructure, easy import of computers and also the enablement of High Speed Data Communication through satellite-based Internet gateways by STPI helped Industry in meeting their export obligations seamlessly. These initiatives by STPI have played a pivotal role in the phenomenal growth of IT & ITeS sector for boosting software exports. In addition to communication and physical infrastructure, STPI has been providing statutory services under a ‘single window clearance’ mechanism from 57 STPI centres spread across the country right since its inception. 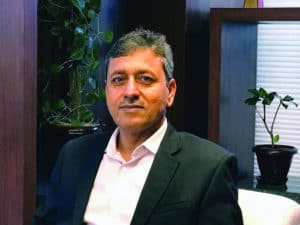 STPI has come a long way and become highly successful in its mission as a catalyst in positioning India as the most preferred destination for outsourcing IT and IT enabled services. A fact that is aptly proven by the stupendous growth in IT exports, from `52 crore in 1992-93 to a staggering `3,50,679 crore (tentative) in 2016-17, which represents around 50 per cent share in national IT exports. STPI also promotes secondary and tertiary locations in the country by establishing STP facilities in such places in order to extend the coverage of the STP / EHTP scheme and dispersal of the IT/ITeS/ESDM Industry beyond metros for all-inclusive growth of the sector.

STPI has been providing state-of-the-art infrastructure facility for enterprises/SMEs in India through incubation services. In order to support startups and SMEs to thrive in India, STPI is augmenting/creating its incubation facility across the country. STPI has provisioned Incubation facilities bundled with cutting-edge infrastructure, which provides immense help to SMEs to succeed in India. STPI currently has 4.5 lakh square feet incubation space across India, with the largest incubation facility at Mohali with 1.5 square feet space having all modern technology facilities. Further, I would like to cite few endeavours in incubation services that STPI has been rendering to industry.

Orchid Techscape: This facility was established in 2006 at Bengaluru in association with the State Government. So far Orchid Techscape has supported 27 companies and most of them are turned out to be the successful companies with considerable growth in terms of revenue and employment generation.

TechNEST Technology Incubation Facility: STPI established this facility at Chennai in 2008 to help and nurture incubates which are into innovative technologies. So far 48 companies had used STPI incubation facility and moved to the commercial places for further expansion.

IMAGE (Innovation in Multimedia Animation Gaming & Entertainment) Incubation Centre: This Incubation facility at Hyderabad in 2015 is created with 72 seater facility for startups and 6 independent small offices with 20 to 30 work stations each, together making a 218 seater facility with additional 21 cabins and 8 small discussion rooms, one common conference hall with video conference facility and a preview theatre for the common use of the inmates.

FOR THE BPO SECTOR

STPI has been contributing towards the success of the IT/ITES industry making India the preferred IT destination of the world. With huge success of IT/ITES industry in metros, STPI is entrusted with leveraging the strong foundation of IT to replicate this success in tier 2 and 3 cities for balanced regional growth. Keeping this in view, the government has launched India BPO Promotion Scheme (IBPS) and North East BPO Promotion scheme (NEBPS) under Digital India Initiative. These schemes are envisaged to create around 1.5 lakhs job opportunities for the local youths of smaller/muffasil towns and moreover these will attract investments from respective regions for inclusive growth. STPI as the nodal agency is driving these schemes to fulfil the vision of government. As per the scheme mandate, total BPO/ITES seats available in IBPS and NEBPS are 48,300 and 5,000 respectively and total budget outlay for IBPS and NEBPS is 493 Crore and 50 Crore respectively. Till date under IBPS 18,160 seats have been allocated to 87 companies, which have established 109 BPO units in 61 cities and created 6,500 jobs. Similarly, under NEBPS 1,610 seats have been allocated to 11 companies, which have started 12 operational units in 7 cities and created 600 jobs in the North Eastern region.

In fact STPI’s mandate is to equally focus on software and hardware sectors. From the inception STPI has an altogether different approach for the ESDM sector. STPI has been promoting and administer a 100% export-oriented EHTP scheme. The export oriented companies under this scheme are allowed to carry out 50% DTA business so that they can include the element of local manufacturing and local marketing too. As India is more focused on domestic production of electronics hardware than on exports, STPI is not only fulfilling the Government’s mandate but also nurturing the ESDM sector. In order to promote indigenous electronics products in India, STPI with the support of MeitY and in collaboration with Delhi University and the India Electronic Semiconductor Association (IESA) has established an Electropreneur Park (EP) in South Campus of Delhi University, a first of its kind in the country. The key objectives of EP are to focus on the development of products and IP creation in the ESDM sector, keeping the mandate of CAREL (Committee for Advancing Research in Electronics), which identified the mass-consumption electronics products.

Let’s have a look at the statistics of the Indian IT industry. The numbers are truly mind-blowing. In FY 2017, India’s IT-BPM exports stand high at USD 117 bn – a whopping 65% of the global outsource. With USD 154 bn revenue, IT-BPM industry in India is poised to grow at 8%. The industry comprising 16,000-plus firms is estimated to employ over 3.9 million professionals directly and over 10 mn people indirectly. And the future is equally promising.

According to some industry reports, by 2020 the IT-BPM industry revenue would rise to USD 200-225 bn and by 2025, it would touch USD 350-400 bn. In FY 2025, the ratio of digital to traditional IT solutions would be in 60:40 of total global IT-BPM revenue expanding to USD 4 trillion. By 2025, the IT industry is expected to double its employee strength to over seven million people directly, and over 10 million indirectly.

Given the growth trajectory of India’s IT success, the Government is palpable to visualize a new India with initiatives that will propel the success story further. Keeping a tab on the past success and bright future, the government has already initiated many niche programmes such as Make in India, Digital India, Atal Innovation Mission and Startup India, which are focusing on creation of indigenous products and digitally-empowered society.

We have done a lot of progress on startup front. With 4750-plus startups, India ranks third in the global startup ecosystem. Investment is rising, with the surge generating employment and providing solutions in areas from fintech to healthtech and edutech to agritech. Government initiatives, entrepreneurial drive in today’s youth and an ecosystem of incubation together fuel the startup story. It’s not far from today that many of the budding tech startups would transform themselves into tomorrow’s global unicorns, not just in value, but making India a superpower in innovation and entrepreneurship.

Moreover, the initiatives like Smart Cities and Digi Gaon will leverage a host of emerging technologies such as IoT, Bigdata, Cloud, Mobility and AI, which will engage IT and ESDM Industry to innovate and prosper in a significant manner. In addition to this, massive adoption of digital payments has encouraged Fintech Industry to explore opportunities in Blockchain and Cryptocurrencies.

The IT industry has come a long way in last three decades serving the nation on many fronts. I strongly believe IT grade infrastructure across India is the need of the hour for expansion of IT industry from tier 1 cities to tier 2 and 3 cities. This will help IT companies to leverage the local talents and create regional balance in economic growth. What’s more crucial given the evolution of disruptive technologies is apart from physical infrastructure the industry should focus on integrating cloud environment with the existing infrastructure to enable startups and SMEs get a level-playing field to explore opportunities in next generation technology innovation. A strong focus on skill development and innovation will help India champion the digital journey that will touch the lives of 1.3 bn citizens. I would finally assure you that India is the next global centre for innovation and STPI as partner of success in this long journey will continuously drive the vision of the government to make our nation stand out in global competitive index in IT/ITES/ESDM space.