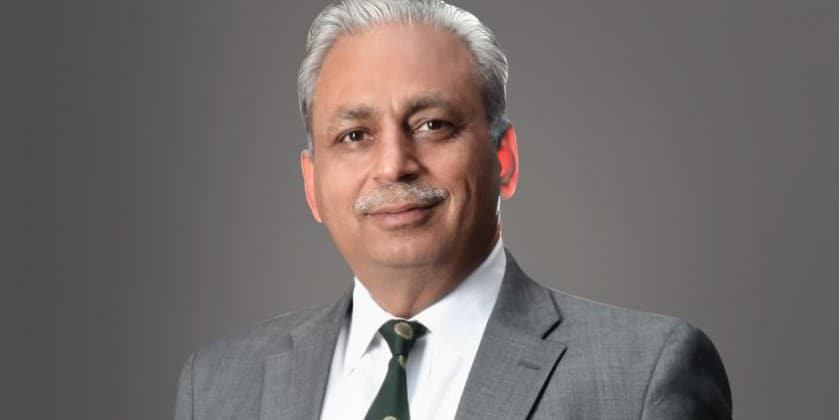 Delhi-based Scale Ventures which is a leading venture capital firm that invests primarily in early-in-revenue start ups today announced that CP Gurnani , CEO & MD of Tech Mahindra and present Chairman of NASSCOM has joined Scale Ventures as their Chairman (Advisory). Mr. Gurnani is one of the most respected CEO of our country , he brings in more than 3 decades of vast experience on table for Scale Ventures.

Mr. Gurnani, a chemical engineer from the National Institute of Technology, Rourkela has over 35 years of experience in the industry. He has previously worked at Hewlett Packard Limited, Perot Systems (India) Limited and HCL Corporation Ltd, and led the merger of Tech Mahindra with Satyam. CP has been chosen as the Ernst and Young ‘Entrepreneur of the Year [Manager]’, CNBC Asia’s ‘India Business Leader of the Year’, Dataquest ‘IT person of the Year’ – for the year 2013 and Business Standard ‘CEO of the Year’ 2014. He was also recently awarded the ‘Best CEO of the Year’ at the Forbes India Leadership Awards 2015. Recently added to the bucket was ‘Asia One Global Indian of the Year – Technology’ 2016.

“I feel very excited and glad to be given this opportunity. Innovative startups and disruptive technology have together created exciting times for our country. Here at Scale Ventures, I will continue to drive greater engagement with the team and will share my industry experiences in terms of accelerating, advising and incubating start ups” said Mr. CP Gurnani .He furthers added that, “ It’s high time that we celebrate failures and highlight the experimentations done. Start up Base of India is third largest worldwide but we will still have to learn on how to highlight the spirit of starting a firm, failing and experimenting with ideas. I am very excited to work with Rahul , Nilesh and sanjay .”

Nilesh Rathi of Rathi Group of Companies and Rahul Narvekar, ex- CEO, IndianRoots, are founders at Scale Ventures. Both the founders started the company with same mindset of not just funding the start-ups but giving the right kind of mentorship which is far more vital at an early stage of a start up. Rahul and Nilesh are both batch mates from IIM-Calcutta.

Co-Founder of Scale Ventures Mr. Rahul Narvekar stated, “Mr. Gurnani is an inspiration for Indian start up ecosystem and we are immensely glad to have him on board. He is going to share his valuable experiences in managing complex businesses and will also be advising us towards right incubations, investments and expansion strategies. Under his guidance, Scale Ventures will surely reach the next level and we look forward to learn under him”.

“Mr. Gurnani has made an implausible career of taking businesses and scaling them to new heights,” said Mr. Nilesh Rathi, Co-Founder- Scale Ventures. He further added, “We needed a strong leader keeping in mind the ongoing start up disruption. CP Sir with his clear vision will help us adapt the finest strategies and incubate the best start ups possible”.

Scale Ventures is sector agnostic and will be investing in over 30 early stage startups by the end of the year. The investment will be between INR 30 lakhs to INR 4 Cr. With this the venture firm will be launching an accelerator program in the coming time which will be a physical campus focusing on startups in the Tier2, Tier 3, Tier 4 cities.

“Being an incubation center, Scale always welcomes seasoned entrepreneurs to mentor the new crop of start-ups. Mr. Gurnani will add value to Scale by imparting his expertise to the ever evolving start-up community”, mentioned Mr. Sanjay Sacchdev, Director-S