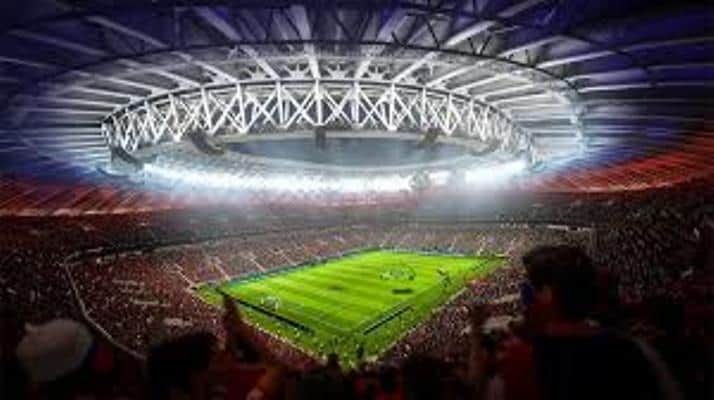 It is no secret that football is one of the most popular sports in the world with a fan base that extends to millions. Some of the popular football clubs like Manchester United and Real Madrid have over 4 to 6 million fans worldwide. Off late, football clubs are stepping foot into the world of digitization and want to enrich their fans’ experience by using artificial intelligence and machine learning. It has become imperative to provide a one stop destination for fans to access live matches and scores, live commentary, player information, real time updates on matches and editorials on their personal devices.

Hence, football clubs are being seen to be increasingly forming partnerships with technology giants to do the same. Such partnerships are mutually beneficial for both the software companies and football clubs as consolidating fans on a single database can also result in monetization. IT companies are using artificial intelligence, machine learning, cloud technology, internet of things (IoT), and data analytics to enable technical teams to drive business values. Let us now take a look at three popular clubs who have formed partnership with IT companies to leverage technology into the sport.

Tech Mahindra last week announced a partnership with Jacksonville Jaguars, wherein the tech major aims to provide next generation digital technology expertise, such as artificial intelligence and advanced analytics, to enrich the fan experience and create front office efficiencies. The partnership is expected to apply a data-driven and technologically advanced approach to a variety of challenges that face a growing NFL franchise. Tech Mahindra has also committed to empowering the Northeast Florida community with technology awareness and education. Later this season, the Jaguars and Tech Mahindra will announce a contribution to local schools.

Premium football club Manchester United has chosen HCL Technologies to launch its digital transformation journey. The Manchester United Official app powered by HCL’s digital experience platform has successfully been launched. The app aims at providing a real-time, engaging, personalized, and unified experience to Manchester United’s 659 million global followers, which supports the club’s strategy to become a Digital Sports Enterprise. Manchester United app will integrate a number of revenue driving touch points that include ticketing, e-commerce, events and experiences, as well as deliver benefits to key stakeholders across the value chain.

The Manchester United Official app reached number one in the App Store’s sports category download charts in 68 markets around the world and was also top ten within the sports category in a further 123 markets just a few days after its launch. The app and recently revamped club website plan to establish a sustained digital relationship between fans and the club, leading to a more active and engaged user base.

Real Madrid, which has about 450 million fan base globally, formed a partnership with Microsoft to engage directly with its supporters.  Real Madrid chose Microsoft cloud platform to connect with fans and analyze social media data, and other information to customize marketing campaigns and boost revenues. The Real Madrid and Microsoft partnership started when Real Madrid Foundation and Microsoft began working together on social projects for Latin American youth around the world. Thereafter, Real Madrid engaged Microsoft Services team to develop a technology solution to provide a cohesive structure to support innovative digital services to serve the club’s global fans. A platform based on the Microsoft Cloud and Office 365 was built for Real Madrid by Microsoft Services, says a blog post on Microsoft.

The platform captures and records every interaction with a fan including mobile check-ins at the club’s stadium, online fan profile updates on the club’s official website and online merchandise purchases. The Microsoft Social Engagement platform also collects club mentions and other data from social media sites like Facebook and Twitter. Also, an app compliant with iOS, Android and Windows platforms, was created using the .NET Framework with Microsoft Visual Studio 2013.