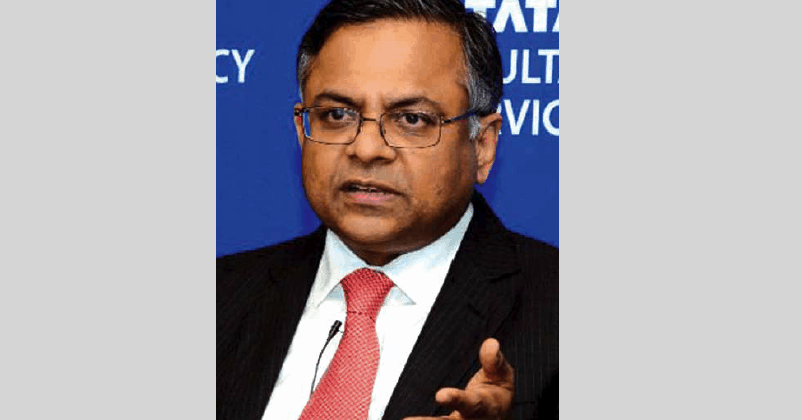 TCS was ranked number 1 in the DQ Top20 2015 rankings. What made the company tick?

In the backdrop of a challenging business environment, TCS focused on staying relevant and looked at leveraging newer technologies offering bigger growth and larger mandates

The year went by for TCS can be summed up in two words: ‘Not Bad’. Cross currency fluctuations did upset the cart. As we look at the defining Q4 FY15, it did manage to grow its Q4 revenues by 12% YoY but had a muted performance in sequential terms—just about 1.1%. That’s where the challenges come in and in a way defines the tough business environment and how difficult it is to scale revenues sequentially in FY15. 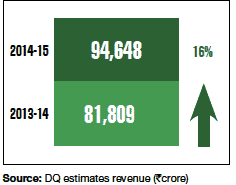 For instance, HCL Technologies chipped in $642 mn in incremental revenues for FY15, while Wipro and Infosys garnered just about $462 mn. This benchmark clearly puts TCS ahead of the WITCH (Wipro, Infosys, TCS, Cognizant, and HCL Tech) pack.While the market did not react positively to the company’s numbers, there were many positives in TCS’ performance over FY15. First off, it was able to add $2 bn in incremental revenues in FY15 and this when stacked up with rivals was far ahead.

For instance, HCL Technologies chipped in $642 mn in incremental revenues for FY15, while Wipro and Infosys garnered just about $462 mn. This benchmark clearly puts TCS ahead of the WITCH (Wipro, Infosys, TCS, Cognizant, and HCL Tech) pack.

As we look at other major financial highlight for TCS over the last year, FY15 marks the 10th year since its IPO and during this time it saw its marketcap growing up by 10 times— from $8.8 bn to $80 bn. Interestingly, the board has also approved a broad-based employee cash reward program entailing a total payout of Rs 2,628 crore.

Looking at  the delivery efficiencies and competencies over the year, TCS made significant progress on its cloud platforms, which comprise of its assessment engine, its financial inclusion platform and five horizontal platforms such as HR, financial accounting, accounts payable, procurement, and analytics.

The company’s CEO averred in the FY15 earnings call that these seven platforms together have made significant progress and crossed an annual run-rate of $100 mn. These platforms generated $125 mn of revenue in FY15 at a growth rate of 55% YoY.

In a significant announcement at the end of FY15, TCS said that it is ready with the formal launch of its Artificial Intelligence-based IT and business operation automation platform.

The company terms this as an entirely new category of ‘Service-asa- Software’. Meanwhile, as we look at TCS’ vertical play in constant currency terms during FY15, of the six verticals it has footprints in, the BFSI vertical pitched in with 10.8% growth, but its mostly financial services that grew well and the insurance side did not see major uptick and hovered in single digit growth rates. Insurance performance was pulled down by de-growth in the Diligenta business. Meanwhile, the company said that the telecom reflected sectorial weakness and the resultant volatility showing up in one geography or the other at varying points. For instance, if we look at Q4 FY15, telecom declined 6.2% and energy declined by 4.7% on a QoQ basis. This in a way explains the weak sequential growth the company had in Q4 of the fiscal. Geography-wise, Continental Europe continued to grow well over 25% in constant currency terms.

When we look at the scheme of things from a service perspective, the growth was led by infrastructure followed by assurance, enterprise solutions, consulting, and business process services. Cloud platforms have done extremely well, in addition, digital services continued to be on a strong growth trajectory with a good order book.

The company’s total headcount stands at 319,656 employees—from a gender diversity point of view, the number of female employees at TCS crossed the 1 lakh mark, making it the country’s biggest employer of women in the private sector.

Looking ahead, TCS believes that in FY16, BFSI along with manufacturing, Hi-Tech, life sciences, healthcare, travel, hospitality and media and entertainment will do well and telecom and energy verticals will have a subdued play.