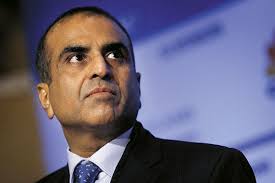 Sunil Bharti Mittal, Founder and Chairman, Bharti Enterprises has been elected as the Chairman of the International Chamber of Commerce (ICC), which is amongst the world’s oldest and most respected global business organisations. He is the third Indian business leader to hold this prestigious position in ICC’s near -100 year history.

On being elected, Sunil Bharti Mittal, said, “I am honoured at being given the opportunity to lead this prestigious global institution and look forward to working with our members to ensure that we continue to play a constructive role as the voice of global business in formulation of economic and trade policies to support inclusive growth. The global economy is facing unprecedented headwinds to growth and there is an urgent need to restore trade and investment as a driver of growth and jobs, particularly in the developing world and this will be a central focus of my tenure.”

Founded in 1919, ICC is the world’s largest business organization which represents private-sector views to national governments and intergovernmental bodies around the world. It advocates for free trade and the market economy, working through a network of national committees and direct members in over 130 countries. ICC was awarded the highest level consultative status with the United Nations (UN) in 1946, and since then has represented the private sector by engaging in a broad range of activities with the UN and its specialized agencies.

He is closely associated with spearheading the Indian industry’s global trade, collaboration and policy- he has served on the Prime Minister of India’s Council on Trade & Industry. He is also a member of the India-US, India-UK and India-Japan CEO Forums. He is Co-Chair of the India-Africa Business Council and India-Sri Lanka CEO Forum. He was the President of the Confederation of Indian Industry (CII), the premier industry body in India in 2007-08.

Sunil Bharti Mittal is a recipient of the Padma Bhushan, one of India’s highest civilian honors, awarded to individuals for demonstrating distinguished services of high order. He has also been awarded Harvard Business School’s Alumni Achievement Honor – the utmost honor accorded by the institute to its alumni. He is the recipient of GSMA’s prestigious Chairman award, besides being decorated with numerous industry honors. Sunil has been conferred Honorary Doctorates by several leading universities in India and UK.

Posted by: Onkar Sharma
View more posts
Tags:Airtel, Sunil Bharti Mittal
Sunil Bharti Mittal elected as Chairman of International Chamber of Commerce 0 out of 5 based on 0 ratings. 0 user reviews.
How does LeEco’s Le Max2 fare against the competition?
Nokia expects to cross 95% ownership thresholds in Alcatel-Lucent