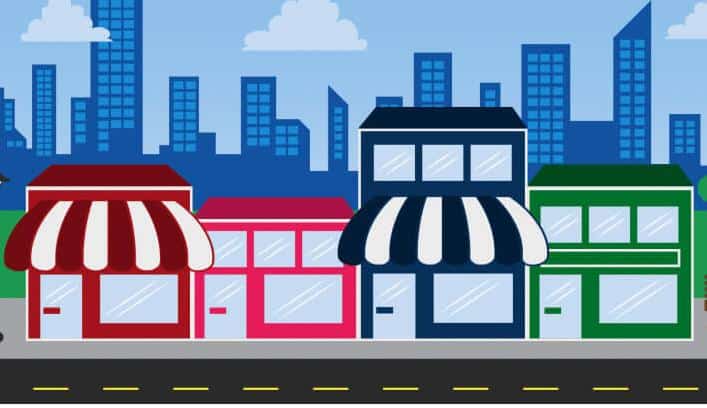 Reaffirming its commitment to digitally empower India’s 51 million strong small and medium business community, Sundar Pichai, global CEO of Google announced My Business Websites, which will allow any business in India to create and manage a free, mobile optimized website, even from a smartphone. This platform will be available starting later this year.

Pichai also announced the launch of Digital Unlocked, a training program to empower thousands of Indian SMBs with essential digital skills that will enable them to get online and start using the power of the internet to grow their business.

Over 8 million Indian SMBs are already on these platforms, this program is available across online, offline and mobile.

The offline training is being conducted in partnership with FICCI and over the next three years, 5,000 workshops will be held across 40 Indian cities. The online training comprises a set of 90 self-paced video tutorials, curated specifically for India and is available free of charge. The tutorials cover a comprehensive set of topics ranging from building a web presence and driving online growth to reaching customers over mobile and video. The trainings are certified by Google, Indian School of Business and FICCI.

Addressing a gathering of SMBs, Pichai said that “SMBs are the backbone of Indian economy”. And stressing on the business diversity and range of size of Indian SMBs, he added that “When we solve a problem in India, we solve problems for everyone in the world”. Identifying connectivity as one of the big challenges in India, Pichai also spoke about some of the Google initiatives to enhance internet accessibility including the tie-up with Indian Railways where it will help 400 top busiest stations offer broadband.

Several small businesses that have leveraged Google’s products and technologies were also present at the event. Three of them – Walnut, Go Co-op and Maganlal Dresswalla – were in conversation with Sundar Pichai and shared their journey to digital using Google offerings including Google My Business, Google AdWords as well as the Google Cloud Platform.

In an on-stage chat with these SMB users, Pichai said, “Sadly today, internet is being leveraged mostly by large companies. The Internet is a powerful equalizer and we are motivated to bring the benefits of information and technology to as many people as possible. Building for everyone and making it available in the hands of as many people is at the heart and core of what we do. And we do this by investing in open ecosystems.”

In that chat, Sarika, the creative head at Maganlal Dresswala, talked about how she was able to execute her company’s biggest order ever even though she was literally confined with her pregnancy then. “Everything was possible because of the internet”, she said. In the same discussion, Patanjali, the co-founder of Walnut, that became famous after its app to track neighborhood ATMs that were dispensing cash (after the 8th November 2016 demonetization announcement by Prime Minister Modi), talked about how traffic shot up from 1.5 mn to 5 mn users with 50 days. “We managed to scale up because we had a very robust cloud infra to support us”, informs Patanjali. Another speaker, Shiva Devireddy, founder Gocoop, an online commerce platform for Indian artisans has today thousands of artisans from remotest parts of India connected with thousands of sellers, co-operatives, and buyers across the world. “The artisans sales as well profits have gone up significantly”, he added.

Referring specifically to small and medium businesses, Pichai added, “the Internet and digital technology will be an engine of growth for the Indian economy. Today, anyone can become an entrepreneur, a developer, or a creator, but it is important that they have the right tools and skills to digitize. We believe it is important for us to invest in training and equipping these individuals and small businesses to accelerate their journey of growth.”Google India and South Asia CEO, Rajan Anandan, while setting the context for the initiative talked about a joint research study with KPMG titled “Impact of internet and digitization on SMBs in India”.

The study reiterates that 68% of the 51m Indian SMBs are offline. Highlighting the macro-economic impact of the internet, the research found that rising penetration and greater uptake for digital by SMBs could help increase their contribution to India’s GDP by 10% points, taking it up to 46-48 % by 2020. Ascertaining the benefits of going digital for small businesses, it determined that profits of digitally engaged SMBs grow twice as fast compared to offline SMBs. Likewise digitally engaged businesses are able to grow their customer base significantly with 52% catering to customers beyond their home city versus only 29% offline SMBs. The report cites the lack of understanding of the benefits of digital technologies and technical skills as the essential reasons for being offline.

Further, for India’s mobile-first audience, Google also launched Primer, a free mobile app uniquely designed to teach digital marketing skills in a quick, easy and interactive way. It is available for download through the Google Play and iOS app store. Primer also works offline and is currently available in English and Hindi with Tamil, Telugu and Marathi versions coming shortly. At the event, Google also previewed My Business Websites, aimed at equipping the vast majority of small businesses with a simple way to start their digital journey by creating a free, mobile optimised website, easily and instantly. Available for Google My Business users later in the year, this new feature will provide simple, templated, editable websites for small businesses created from their data and photos on Google Maps. My Business Websites will be available in English, Hindi, Bengali, Telugu, Marathi, Tamil, Urdu, Gujarati, Kannada, and Malayalam.

Also addressing the gathering were Ravi Shankar Prasad, Union Minister for IT who laced his speech with lots of instances from various walks of life about how average Indians are adopting and adapting to technology for daily life and work. “We have not come to cut inaugural tapes. We have come to transform the country, and make India a digitally empowered nation”, he added. The minister also informed the audience that after the thrust given to the Make in India, more than 42 mobile phone manufacturing units and 25 ancillary units have come up accross the country. Speaking on the occasion Aruna Sunderarajan, secretary, MeitY, said that 5 mn downloads of Bhim, the mobile payment app, is a clear indication of the digital revolution that the country is embarking upon.

The tech decade: How tech startups are enabling SMBs in India growth story

Small and medium businesses (SMBs) are a key driver of the India growth story, playing…