By the end of this year, there will be as many bits in the world’s accumulated data and binaries as there are stars in the universe. These 44 zettabytes (44 trillion gigabytes) of data now, and 175 Zettabytes by 2025 globally, will direct the future of the world. The developers of tomorrow have already gotten onto the software highway and are practicing DevOps – to channel and leverage this data for future business success.

The key benefit of DevOps is to deliver software faster and it has helped accelerate the pace of production of binaries and data. A few years back, Forrester revealed that 90% organizations had either already implemented or had plans to implement DevOps. With this, it is also going to be central to software production and release strategies for emerging applications like smart electric vehicles and Internet of Things (IoT) devices, which according to Bain Capital, will grow to a $520 billion global market by 2021.

These core trends are fueling the journey to a world of Liquid Software,  where  continuous integration and continuous deployment is giving way to true continuous updates. And because DevOps is everywhere, software updates are vital for our lives.

Today, the world is dependent on digital-systems. From as small as your smartphone to as large as power-grids – all are run digitally, based on layers and layers of complex software. For example, a few months back the entire San Francisco Bay Area was plunged into darkness after national utilities company Pacific, Gas and Electric (PG&E) pushed a faulty software update. Additionally, more than 150 lives were lost due to a bug in the software update of a Boeing 737 Max when sensors malfunctioned, and the plane crashed. Last, but not least, a small software patch released by Google was bricking Google Home and Nest hubs across the world.

In a hybrid world, which is operating both on-premise and, in the cloud, DevOps is not a hype! Organizations that are using software, especially those using software for the development of applications to innovate in their industry, should be looking at fostering a DevOps culture. And the companies following these cultures are succeeding. For example, last year IBM acquired Red Hat for $34 billion and Microsoft acquired GitHub for $7.5 billion. There have been large investments in DevOps companies with over $1 billion in valuation and new IPOs like PagerDuty and Elastic have found great success.

The potential is immense for organizations that deliver software faster and in a better state, creating a domino effect in terms of business growth. It will help the company innovate and market-test its products and ideas quicker. Because they can deliver features and elevate new revenue streams quicker, they are flexible to respond to the sector’s opportunities and keep up with the business trends. For example, at Google, everything from Gmail to YouTube to Google Search runs in containers while the company launches more than 2 billion new containers each week, or 200,000 each minute.

Taking DevOps into consideration, companies have responded by changing the language and creating a Developer First mindset that speak to developer markets. Companies like JFrog take it a notch further by creating a community around the culture and encouraging developers to talk to their peers. With developers of tomorrow already practicing DevOps at top colleges and universities – full-stack development is now the norm. Organizations and industries will have to understand what it is to develop software but also to release and secure software – leading to the next generation of DevOps.

The people who understand this culture are the ones that will be hired tomorrow and will be the one who will manage teams and become CTOs and CIOs. Right now, there are more than 50,000 open positions on LinkedIn for DevOps engineers. Why? Because a huge amount of data is coming, to the tune of 175 zettabytes ready to be managed, released, and secured by 2025. Interestingly, the whole world is enabling this change. As everything that consumers operate on needs to be fast and secure, enterprises need to scale their operations. That’s why all companies will eventually become DevOps companies by the year’s end.

Today, the multi-cloud approach is flourishing. Many of the applications are written to run on-premise and off-premise and potentially on multiple public cloud environments. For example, Google’s platform, Anthos, is a validation that multi-cloud is going to be flexible and cost-effective for software firms.

Many CIOs and technologists have already chosen a DevOps culture, which is expected to evolve further in the years to come. It is becoming more and more popular across companies that use software and has become the industry standard for deployment at scale, in production. Going forward, the world will see many more organizations getting out of their comfort zones and trying out new technologies and even the traditional sectors like healthcare, financial institutes, governments will see an overall drastic improvement with digital transformation by embracing cloud-native and a DevOps culture. 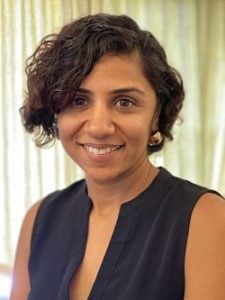 Posted by: DQINDIA Online
View more posts
Tags:DevOps, JFrog
Success mantra for 2020: Adopting a DevOps culture 0 out of 5 based on 0 ratings. 0 user reviews.
How artificial intelligence, technology and automation are transforming the fashion retail industry
Coronavirus WhatsApp Message is Fake, Here is the Actual Ministry of Health Advisory