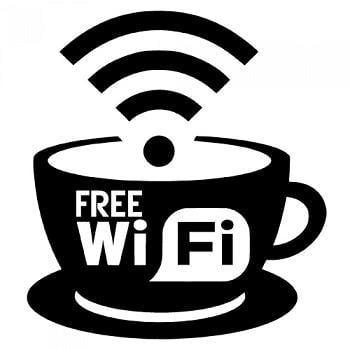 After a meticulous examination of all entries, Mojo Networks announced the winners of the first-ever WiFi ideathon in India, titled ‘Mojo WiFi Think Fest’. Dheryta Jaisinghani and Akanksha Pandey from Indraprastha Institute of Information Technology (IIIT), Delhi were declared winners of this contest. The second and third prizes were grabbed by Amit Manchanda and Soumya Sambit Rath from Indian Institute of Technology (IIT) Roorkee and National Institute of Technology (NIT) Rourkela respectively. The contest saw some highly innovative and fresh ideas coming from the young minds across the nation.

The awards ceremony for this contest will be held during the 4th Wi-Fi Knowledge Summit, an initiative which brings together Wi-Fi industry professionals and enthusiasts to discuss various technical and business aspects related to Wi-Fi. The summit will be a two-day event from 14th-15th September 2017 at IIT-Bombay. It is a joint initiative of Mojo Networks, Nanocell, IIT-Bombay and IIT-Madras.

To transmit data over WiFi, a user needs to first connect to an Access Point, get authenticated and then it is allowed to send/receive data over the network. Certain applications such as IoT generate small amounts of data at regular intervals. In such cases, the overhead of setting up a connection is high compared to the size of the data transaction during the session. To reduce this overhead and speed up the data transaction, Dheryta and Akanksha from IIIT-Delhi proposed a mechanism by which the data can be sent in ‘Probe Request’ frames which can be broadcasted by any device without the need of a session being established with an Access Point. Such frames are received by all the co-channel Access Points within the radio range of the transmitting device.

Amit Manchanda from IIT Roorkee proposed an idea of developing an app wherein both retailers and customers are poised to benefit. In the app retailers are expected to share their inventory and customers can list out their shopping items. A notification will be sent to the customer when the product is available at a nearby store. WiFi will ensure the process runs smoothly for both parties.

Soumya Rath from NIT Rourkela proposed an idea which aims to reduce the waiting time spent by a customer at a restaurant. Hosted on the website, here a customer is required to connect to the restaurant’s WiFi network and select the food items. The order will arrive at the designated time and table once these details are confirmed by both parties.

Expressing their joy, Dheryta Jaisinghani and Akanksha Pandey from Indraprastha Institute of Information Technology, Delhi said “We would like to express our gratitude to the organizers. Events such as WiFi Think Fest provide students an excellent opportunity to put forth their ideas across to a wider audience. Such events foster exciting innovations which are indispensable towards building a real smart nation. We are extremely happy to contribute such ideas that are in par with fulfilling the larger initiatives of the government such as Digital India.”

Commenting on the ideathon  Pravin Bhagwat, Co-founder and CTO, Mojo Networks said “Mojo Networks is pleased to promote the spirit of innovation among college students. Enthusiastic response of the first WiFi Think Fest event is a clear indication that students have countless number of ideas that needs to be nurtured. With further mentoring, many of these ideas can turn into useful applications and startups of tomorrow. Many contestants shared ideas which can easily be prototyped, tested and tried on top of campus-wide WiFi networks. Mojo Networks is committed to working with its University partners by providing tools, platforms and APIs to support R&D and prototyping of ‘Smart WiFi’ applications on college campuses.”

Another prominent moderator who was part of the reviewing panel of the ideathon entries, Dr. Vinosh Babu James, Lead-Technical Standards, Qualcomm India said “Wi-Fi has become an essential aspect to our connectivity needs, and offers tremendous scope for innovation. With WiFi Think Fest, Mojo is offering an opportunity to the young minds of this country to participate and develop new applications of WiFi technology.”

Mojo Networks initiated its first ‘WiFi Think Fest’ for students across India in early July 2017. The contest was an attempt to encourage students to take an out-of-the-box approach towards developing new applications of wi-fi technology. Students were encouraged to come up with innovative ideas to unleash the power of wi-fi to facilitate the creation of a smart world.

WPA2 is widely regarded as the industry’s most secure wireless encryption protocol. Recently, the US-CERT…