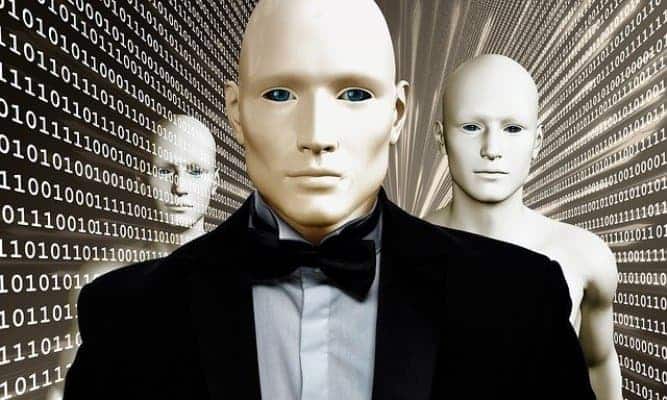 Robotics and automation is a sector that is witnessing slow yet steady growth in India. According to a report by IndustryARC, the Indian Industrial Robotics market was evaluated at 4,564 units in 2018 and is estimated to grow at 13.3% CAGR from 2019 to 2024. However, a common misconception that is almost proving to be a hindrance to the expansion of the robotics market is that robots would replace manual labour altogether. Sangeet Kumar, CEO and co-founder, Addverb Technologies, in a conversation with Dataquest, dispelled those concerns and also gave unique insights into the Robotics Industry.

DQ: What are the current trends in the field of Robotics?

Sangeet Kumar: Adoption of Robotics is still at a nascent stage as people still rely on manual labor, it’s only when they reach a certain scale and complexity in operations that they explore automation, by this time a lot of processes become fixed. We are seeing a change in this paradigm as due to Covid, people are now forced to go for automation irrespective of the scale. Some of the trends that have emerged are Raas, Goods-To-Person technologies, Utilisation of height in existing warehouses, Use of Autonomous Mobile Robots rather than AGVs.

Autonomous Mobile Robots: With the automated driving market heating up with a multitude of startups competing to take the lead, resulting in the maturity of technology, the coming year will see the adoption of autonomous mobile robots in the manufacturing and warehousing sector. Advancement in technology has made it more affordable and wide-spread, as a result industry has migrated to advanced navigation technologies such as LIDAR, RADAR & Cameras from the existing basic magnetic tape solutions. While the robots were first born in factories decades ago, the latest developments and the pace of business operations made it almost a mandate for many companies to adopt these bots into their everyday operations. Talking about the Indian business domain, Robots have been traditionally used in automotive industries for welding processes but several factors in the last decade like rise of organised retail, e-commerce boom and shift of electronics manufacturing to India has provided the much-needed trigger for the rise of robotics in other factory and warehousing operations. In last four years the Robotics & Automation sector has grown by a CAGR of 500% primarily driven by Retail, Logistics, FMCG and Electronics. Robots are fast penetrating into new industries with each passing day, for instance healthcare and logistics segment. This shift has been hastened by the ongoing Covid-19 pandemic. Mobile Robots Application will soon become the harbingers for the realization of ‘Lean Manufacturing’ that connects islands of automation across different business functions. We have analysed a recent report from Interact Analysis that predicts the collaborative robot market to be worth $7.5 billion by 2027 globally. This would equate to roughly 29% of the global industrial robot market. Businesses that embrace automation will not only be able to leave behind any inefficiencies but look towards a future of expansion- that combines both human and robotic talents.

Robotics As a Service (RaaS): The growth of e-commerce in the current period has catalyzed the use of mobile robots in the warehouse and instigated R&D for continuous improvement. In order to optimize the complete value chain, companies specifically in this industry are interested to invest more in their core business and outsource the rest. Hence RaaS (Robotics as a Service) as a practice is coming up in conversations in recent day and will flourish in the year 2021. According to ABI research, there will be more than 1.3 million RAAS deployments worldwide by 2026. Because of its flexibility, high throughput and scalability organizations are finding RAAS as a more effective way to adopt in warehouses. It helps small, large and medium businesses to meet the growing demand and overcome major challenges faced while performing warehouse operations.

Cobotics: Cobots are designed to share a workspace with humans, making automation easier than ever before for businesses of all sizes. Unlike traditional industrial robots which are caged and work in place of human employees, Collaborative robots or Cobots are designed to work alongside people and collaborate with them to ease their outcomes. Cobots are currently facing its boom period leveraging its easy configuration and app-based controls and looking forward to have a mass adoption by various industries. Cobots have built in safety mechanism including power and force limiting technologies which make them safe to collaborate with human operators. As per Research, by 2023, the collaborative-robot market is expected to grow to approximately $2 billion and 150,000 units. These days cobots area being used for various tasks such as pick and place, finishing tasks, Process Tasks (which requires a tool to interact with a workpiece), packaging and palletizing, quality inspection etc. where they have to work side by side along with humans.  Right now, we’re at a tipping point whereby there aren’t too many hurdles anymore to leverage this technology. We may count it as the day 0, when cobots will transform the trends in the automation sphere and will realize the implementations of Industry 4.0.

DQ: There is widespread fear that robots are a threat to existing jobs. Your views on that?

Sangeet Kumar: We have more than 450 technologists, and we will employ more than 800 people directly through Bot-Valley. The statement that automation is a threat to existing jobs is an urban myth. The myth which perpetuates the idea that technology is dangerous to the current labour base of the economy has many believers but its logical implication is poles apart. There are a number of reasons why technological innovations such as automation can lead to professional growth opportunities and more efficient warehouse operations overall. Automation eliminates strenuous, repetitive and dangerous work and transfers it to be done by robots. While many fear automation may replace jobs now and in the future, the opposite is actually true. Automating laborious, repetitive warehouse work frees up employees to pursue jobs that require imagination, adaptability, and decision-making skills.

As the younger generation of workers increasingly replaces those leaving the workforce, organizations that have invested in talent will reap the rewards of a more efficient workforce. With some of the more repetitive, mundane, or dangerous being automated, highly skilled and well-educated younger workers can then focus on more value-added work for the warehouse facility. In a nutshell, It is a cycle, if robots are replacing labour in terms of automation, then it is offering much more skilled job to the generation.

DQ: What is the role played by Artificial Intelligence (AI) in the field of robotics?

Sangeet Kumar: AI in robotics helps robots perform crucial tasks with a human-like vision to detect or recognize various objects. Artificial Intelligence or AI gives robots a computer vision to navigate, sense and calculate their reaction accordingly. AI in robotics makes such machines more efficient with self-learning ability to recognize the new objects. However, currently, robots are used for industrial processes and in various other fields to perform such actions where accuracy and efficiency of Robots is higher than humans. Some applications of AI in robotics are in the field of:

DQ: How important will the robotics industry be in the days to come?

Sangeet Kumar: Capabilities derived from advanced robotics enable new applications across factory operations. It is estimated that robotics is a very important productivity driver today in production and logistics and will become inevitable for some and essential for other industries by 2025. Although individual companies will find different applications valuable, the following examples along the value chain illustrate potential opportunities.

European and Asian companies currently lead in implementing advanced robots, while implementation in North America has proceeded more slowly. Companies in emerging nations, especially China and India, tend to be even more enthusiastic than those in industrialized nations about using advanced robots.

DQ: What does the future of robotics and automation look like?

Sangeet Kumar: With the advent of Industrial revolution, the concept of assembly line and increase in the production capacity with the use of industrial machines emerged. It resulted into fixing the standards and procedures of production & other operations which eventually left a little room for creativity and innovation in the processes. The craft behind processes took a backseat and maximum production became the entire goal.

With the rise of robotics and automation, the redundant and strenuous tasks are delegated to robots and machines which creates a room for that craft element again. In the future, the robotics industry will grow exponentially as many industries have already adopted it for its operations and the rest are planning to introduce robotics & automation to their systems. This will increase the innovation space for companies and to create more meaningful additions to the world which is currently demanding a higher level of personalisation and too faster than ever before. To cater to this quick and interesting transition, we need a support from the pillars of Industry 4.0 and only the collaboration of tech and humans can bring a smart future closer sooner than ever before. The industry is on the path to upskill employees and make them free to dedicate their efforts and time towards research and development to produce a craft that Industrial revolution 4.0 is expected to deliver.

Posted by: Supriya Rai
View more posts
Statement that automation is a threat to existing jobs is an urban myth: Sangeet Kumar, Addverb Technologies 0 out of 5 based on 0 ratings. 0 user reviews.
[Innovator Series] How QNu Labs is ushering in a quantum revolution in India
Udacity’s school of cybersecurity to include ethical hacker nanodegree program

[Deeptech Innovator] Inside MinusZero: A journey in building an Indian, affordable self-driving car

As we move into a new world dotted with new challenges and realities, it is…