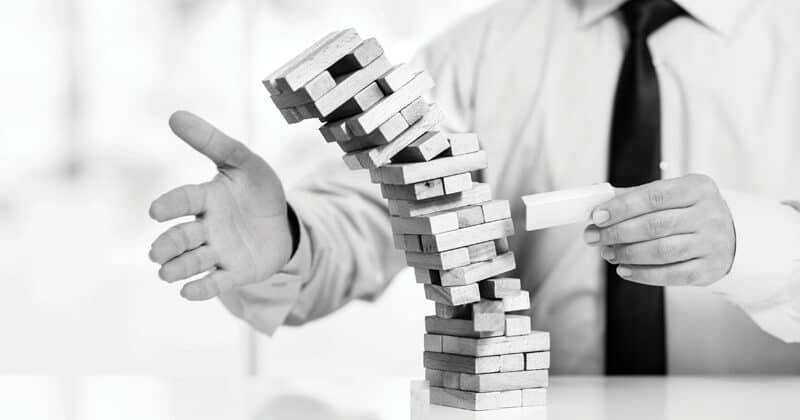 The Indian start-up ecosystem seems to have everything going for it – great ideas, latest technologies, policy support and, most importantly, investor funding. Then why is it that many start-ups are not able to make it beyond the first year of operations? Even among the ones that somehow manage to stay afloat, more than two-thirds close down within five years.

In the last few years, in particular, we have seen the launch of so many initiativesfocused on start-ups, like Start-up India, Make in India and Skill India, among others. Industry bodies like Nasscom are working closely with the government to create and promote a culture of entrepreneurship. According to a Nasscom report, India saw the emergence of over 1,600 tech start-ups and a record 12 unicorns in 2020, which is the highest ever added in a single calendar year.

Even COVID-19 has not deterred the growth of start-ups, says the industry body. On the contrary, it has accelerated digital adoption and the shift to online, thereby creating new opportunities for tech start-ups.There is significant momentum in the deep-techspace with increased interest from funding agencies to invest in such start-ups, states the report.

So, why are all these opportunities not being translated into successful businesses? What are the reasons behind the failure of so many start-ups?

Great ideas have the potential to build great organisations, but they also need great leaders with entrepreneurial skills and business acumen to steer them in the right direction. Steve Jobs may have started Apple in his twenties, but it achieved success much later when he was in his forties and had a strong team backing him.

Too much hype has been built around the 20-something whizkids creating path-breaking companies. In reality, many of these youngsters who start with a big bang are not able to sustain themselves in the long run. Building a successful organisation requires visionary leaders with ability to manage sales and marketing, finance, logistics and administration among other essential business skills.

Steve Jobs may have started Apple in his twenties, but it achieved success much later when he was in his forties and had a strong team backing him.

Despite all the success that Indian IT has seen on the global front, there are hardly any breakthrough products or cutting-edge technologies that Indianstart-ups can boast of.Indian has not been able to create companies of the stature of Google or Microsoft and even the successful ones have emulated existing global ventures, the most prominent among them being Flipkart for Amazon.Indian techies might have done well while working for multinational companies and have even risen to leadership positions, but they seem lacking when it comes to building new companies of their own.

A study conducted by IBM and Oxford Economics finds that 90% of Indian start-ups fail within the first five years and the most common reason for failure is lack of innovation. As many as 77% of venture capitalists surveyed believe that Indian start-ups lack new technologies or unique business models.The true spirit of innovation requires start-up leaders to take bold decisions, create new business models and develop truly unique products with a long-term vision to succeed in the market.

A number of ‘wannabe’ entrepreneurs get into business without a clear understanding of what they plan to do. Many of them are young and inexperienced, and do not realise the importance of market research and its role in assessing the viability of a new product or service before it is launched. As a result, even the most innovative products come crashing down if the market does not need them.

A proper market assessment exercise is not only useful to understand the needs of the customers, but also helps in market positioning and brand promotion.A competitive analysis of existing products must be conducted to understand their strengths and weaknesses. All these factors help in deciding the focus and scope of a new product.

Buzzwords and the hype

The reason for failure does not lie solely in the hands of the entrepreneur; at times even investors get caught in the hype around certain technologies. Start-ups in desperate need of funding often rely on buzzwords and trending technologies to attract venture capitalists. Most of these VCs come from a finance or consulting background and are not able to assess the commercial viability of complex technologies. As a result, they usually get taken in by the founder’s confidence or ability to weave a convincing narrative around his or her product.

Nasscom figures validate the fact that investments in deep-tech like artificial intelligence or machine learning have steadily increased over the last few years. According to its report, 14% of total investments in 2020 were in deep-tech start-ups, up from 11% in 2019. Further, 87% of all deep-tech investments were in AI/ML start-ups, in 2020. In another global study conducted last year, it was found that two in five ‘AI start-ups’ actually have no AI. Among other buzzwords, quantum computing, robotic automation, and blockchain have also been often misused and exaggerated by start-up founders.

An IBM-Oxford Economics study finds that 90% of Indian start-ups fail within the first five years and the most common reason for failure is lack of innovation.

This is the most commonly cited reason for the failure of start-ups. Start-ups often face cash flow problems if the stipulated targets are not achieved or returns take time to come for various reasons. According to a study conducted by a US bank, 82% of the time, poor cash flow management or poor understanding of cash flow contributes to the failure of a small business.

Many entrepreneurs end up investing a lot of money in setting up swanky offices or big marketing and advertising campaigns to create a buzz around their products. Having spent a large part of their given funds in the initial phase itself, they often have to struggle with cash flow issues in the later stages. Entrepreneurs who adopt a more balanced approach in managing their resources are usually able to sustain themselves in the long term.

A start-up needs to have a realistic business plan and strategy, with achievable goals clearly outlined at the beginning itself. Otherwise, after the initial euphoria dies out, even the investors may start losing interest. If the company does not deliver on its value proposition, the investors can even decide to pull out, leaving the company gasping for breath. 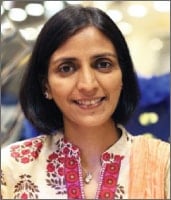 Posted by: DQINDIA Online
View more posts
Why start-ups come to a stop 0 out of 5 based on 0 ratings. 0 user reviews.
When social media becomes anti-social
How NTT is leveraging IoT to create a digital twin of Tour de France

Wipro and business process services company and Designit, a Wipro company announced the findings from…