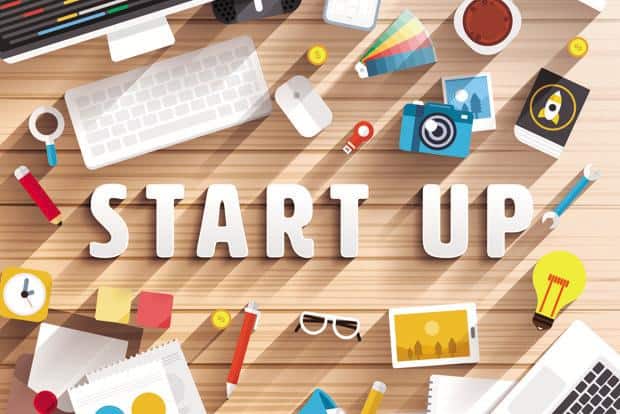 The IT Industry itself, which started the startup revolution in a fairly hostile environment, has not only flourished but is now evolving to the next level

India has historically been a very innovative county. Barely 350 years ago, we were ~25% of global GDP, the same as China and the same as all of Europe. Colonization, the accompanying industry unfriendly policies and the consequent missing out on the industrial revolution brought us down to ~ 3% by 1947. The subsequent experiment with socialism and the license-permit-quota raj brought us 0.3% and bankruptcy in 1991. The forced opening up of the economy was seen as the death knell of a shoddy, uncompetitive Indian industry, now forced to compete with the world’s best. As we all know, that didn’t happen. One industry and one phenomenon showed the way.

35 Year ago, when DQ came out with its first issue, IT was a mere `90 crore Industry. And for a reason. The government hated computers because they believed they created unemployment ( yes, unemployment was a big issue then too), no politician would be seen anywhere near an IT event, licences to manufacture computers specified exactly what you could manufacture and you were penalized if you made more than 50 of them ( thus was the screwdriver industry born). The software was given away free with hardware and import duties on software were 160%. The big players were DCM, IDM, ORG, NELCO (heard of them ?). HCL and WIPRO were also there but in a very different avatar. Computer Society of India was the only IT body.

This started to change in the late 1980s and accelerated with the 1991 reforms. NASSCOM, cofounded by a handful of us, was largely instrumental in what happened. At that time, the Software Industry was barely $60 mn with TCS and TUL (which I was running) comprising 70% of the revenues. However, startup activity had begun. Infosys, Wipro, NIIT, Mastek, IIS Infotech (which I co-founded) started in the 80s and many others joined the fray in the 90s. With excellent collaboration between NASSCOM and the government, enabled by some outstanding bureaucrats at the Ministry of IT like N Vittal, K Roypaul, N Gopalaswami, Rajiv Shah, etc, we were able to convert a stifling environment into an enabling one.

However, there was still no venture capital and banks were reluctant to lend to an industry which they didn’t understand, which offered no collateral and whose main assets walked out of the door at 5 pm each day !! This changed at the turn of the century and VC arrived in India along with the dotcom boom in 1999. The dotcom bust was only a temporary dampener and by 2008, VC/PE follow into India topped $10 bn. In that year the IT Industry hit $50 bn and caught the imagination of the country and indeed the entire world.

Last year, the industry crossed $150 bn, accounted for 25% of the country’s FOREX earnings and became the largest employer in the organized private sector. And this was achieved by an industry which, besides the Tata Group, consists entirely of startups created by the first generation, middle-class entrepreneurs !! This is the power of start ups.

The IT industry expanded beyond IT services to BPO/KPO, engineering services, etc. More importantly, the success of the IT Industry soon rubbed off on all sectors and, with the availability of VC/PE risk money, entrepreneurs started to emerge in pharma, media, and entertainment, healthcare, consumer segments, etc. It started with a trickle. When I co-founded the Indian Angel Network a decade ago, we would see 200 entrepreneurs and struggle to make 2 investments. Last year, we saw 12,000 and made an investment virtually every fortnight !! IAN has become arguably the largest and most active angel group in the country, reflecting very closely how the country has evolved.

The last 3 years have been perhaps the most significant for startups. The government has formally and very visibly recognized the critical role that startups can play, not only in the growth of India’s economy and employment but also in solving many of the country’s pressing challenges in healthcare, education, agricultural productivity, etc through innovative use of technology. A slew of measures have been unleashed to make it easier for a startup to start, close and do business generally, ability to bid for government contracts and have much easier access to funds, both equity and debt. These initiatives of Start-Up India and Stand Up India have energized the ecosystem and propelled us to rank amongst the 4 most active startup hubs in the world. This year we will see a record $22 bn of VC/PE money in the country.

The IT Industry itself, which started the startup revolution in a fairly hostile environment, has not only flourished but is now evolving to the next level. From just IT services/BPO, it now encompasses internet, mobile, SAAS, products and the like and M&A, enabled by VCs, is transforming the landscape. It is now looking at crossing $250 bn 2022.

All in all, through its 35 years, DQ has not only had a ringside seat to perhaps the most dramatic evolution, maybe transformation, of the Indian startup landscape but, in many ways, it has played a key role in chronicling it and perhaps even had a hand in shaping it.