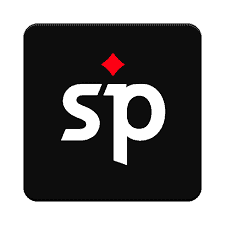 Spuul streams now on Amazon Fire TV, Android TV Spuul, the popular digital video-on-demand (VOD) platform for Indian and regional content will now be available on Amazon’s Fire TV and Android TV as an application that can be downloaded from the Amazon store and Android Play stores. On Amazon, apart from the Fire TV, Spuul will also be available on other devices such as Kindle, Fire Stick and Fire Phone.

“With multiple devices and multiple platforms, it’s getting increasingly difficult for consumers to maintain different accounts on different applications and different devices. The Amazon Fire TV and Android TV apps are a step further in make streaming content a smooth, seamless experience for our viewers. Spuul lets you browse through a variety of movies on your phone, tablet, laptop, e-reader or TV wherever you go”, says Subin Subaiah, CEO Spuul Global.

There are lots of ways to stream online content directly to your TV, and Android TV is one of them. This platform is based on the popular Android OS optimised for TV viewing experience. Viewers can now link their existing Spuul account with the Amazon Fire TV app and Android TV app. New users can also sign up on Spuul using their existing Facebook account. While the interface of both the apps looks simplified and user friendly, it has been designed keeping in mind the appearance of channels on a television set top box. To further enhance a ‘lean back experience’, the apps are also entirely remote controlled. While Android TV users can log in with either their Facebook or Google accounts, Amazon users are free to use their gaming controllers as remotes for the Fire TV app too.

Spuul has observed that while each person owns multiple personal devices, they’d still like to have access to everything, everywhere. With the inclusion of the Amazon Fire TV and Android TV apps, Spuul has taken a step ahead in providing an on-the-go user experience and entertainment to its viewers. They are designed with built-in features such as regular updates of latest Hindi, Tamil, Punjabi and other Indian regional language titles. Through this app, Spuul’s 12 million viewers across India, Pakistan, UK, US, Australia, New Zealand & Middle East will now enjoy fresh Indian content anytime, anywhere and on any device they want.