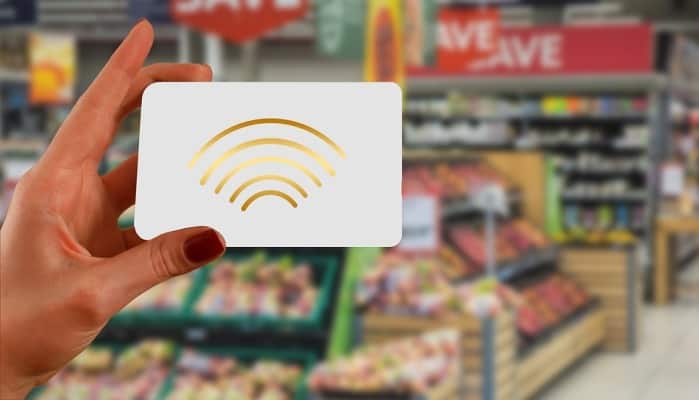 ‘Going Cashless’ has been one of the biggest buzzwords that is doing the rounds in the global financial services landscape for quite some time, and for all the right reasons. The concept of a cashless society had existed in the past, when barter and other such methods of exchange were predominant. But in the modern context, technology-driven advancements have given rise to digital modes of payments that are being robustly adopted all across the globe, paving the way for a cashless economy. Till a few years ago, transacting without cash seemed next to impossible, but it is now steadily becoming a reality for a wide variety of purposes, and for wide segments of the population all over the world.

But there are limitations to the kind of impact the existing digital payments modes can generate in terms of accessibility, especially when it comes to the historically underserved segments of the society. One of the primary reasons is the fact that these transactions require certain infrastructure such as a smartphone and an internet connection, among others. While there has been an unprecedented rise in the ownership of smartphones and subsequent internet penetration all over the world, many segments still remain undeterred. To put this into perspective, over 65% of the world’s population is projected to be accessing internet services on their mobile phones by 2020, 58% of which is expected to be done through smartphones. Even though this is touted as a remarkably positive development, the fact that almost half of the population would still have no avenues for transacting digitally remains.

Then, what can be done to truly realize the dream of a cashless economy? Making the necessitated infrastructure available for all might not be the most viable option at present, especially for countries like India that have been heavily cash-based with their infrastructure and payment systems fashioned around the same. How can the scope be widened for digital payments to become all-inclusive, then? A ‘sound’ solution is needed—and soundwave technology is emerging as that game-changer in the global payments landscape.

Harnessing the power of sound to facilitate a cash-free world

The world has witnessed several key innovations in the financial services ecosystem in the past few years. From the 1970s and 80s era when debit card usage finally began gaining momentum to the present day when net banking, digital wallets, and unified interfaces are at their prime, payments have undergone a transformation at every stage. And now, after ‘Faceless’ and ‘Paperless’, ‘Contactless’ soundwave technology-based mode of payments is steadily emerging as the next big phenomenon in the digital payments ecosystem.

Soundwave technology has been unlocking innumerous possibilities for digital application, and the payments segment has been one of its biggest beneficiaries. This technology has already taken giant strides not just in revolutionizing the world of payments, but also democratizing it to make it available for all. While the existing modes of digital payments have marked a significant step taken towards becoming a cashless economy, soundwave technology is widening the scope of digital methods further. One of the biggest reasons behind this is the potential that soundwave technology has in it to simplify financial transactions between devices, making these possible even without the usage of internet connectivity or smart devices. This technology can facilitate easy access to financial services owing to its seamless integration with all the devices, machines, terminals, wallets, and software applications without the need of any additional software. Because of this, even those with the most basic feature phones can carry out digital payments without having to upgrade their devices or look for an internet source.

In developing nations like India where feature phones still outsell smartphones, the potential for adopting soundwave technology is massive. With over 600 million feature phone users in the country, technological disruptions that would enable transactions on such basic devices will help catalyze financial inclusion and consequently, the making of a cashless economy. Moreover, since this technology requires no additional hardware setup, it is the most cost-effective form of digital financial services available at present. Therefore, by addressing the need-gaps of accessibility and economic feasibility, soundwave technology can play an instrumental role in the inclusive economic growth of India and other developing countries.

Additionally, the entire premise of digital payments was built around the four major aspects of accessibility, convenience, costs, and consolidation. However, it has been observed that certain digital payments processes are complicated and exhaustive, and that wireless technologies are usually complex, expensive, and power-consuming—and all of this defeats the very purpose. Soundwave technology has emerged as a game-changer in that as well, through its seamless integration and connectivity with any kind of hardware and software setup. Moreover, the data encrypted in a sound wave ensures maximum security, since every tone is unique and is not susceptible to mixing up with any other tone or background noises. No two-step verification processes are required, which leads to faster completion of transactions. Because of these aspects, soundwave technology has gained traction in technologically advanced countries as well.

Such assurance of accessibility, cost-effectiveness, convenience, security, and speed has made soundwave technology one of the most effective modes of digital payments, as we tread towards truer financial inclusion in both technologically advanced as well as developed countries. And all these factors mark just the beginning of a huge revolution that this technology of the future has the potential to bring about in terms of paving the way for a cashless society all across the globe.

Posted by: DQINDIA Online
View more posts
How soundwave technology is helping revolutionize the journey towards becoming a cashless economy 0 out of 5 based on 0 ratings. 0 user reviews.
IIT Recruitment 2019: Mechanical Engineers can Apply for Project Scientist Positions, Salary up to Rs 50,000
Industrial Internet Consortium presents Industry IoT in Action Forum