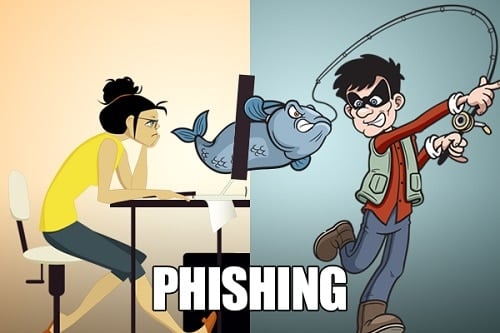 Phishing remains one of the most common attack vectors for hackers who exploit end-user behavior as the weakest link in a company’s cyber-defenses. Traditional online security training programs are academic, blind to the current attack landscape and disconnected from the rest of IT security management, making it burdensome for IT managers to effectively integrate anti-phishing into routine risk assessments. Sophos Phish Threat automates the entire training process and provides visual analytics to identify vulnerable users. The Sophos Phish Threat attack simulator and training platform is managed alongside other Sophos security solutions within Sophos Central to provide rapid risk detection and incident response.

“In the real-world, end users are most vulnerable targets who are relentlessly bombarded with spear-phishing and socially engineered schemes. Sophos Labs sees phishing emails as a primary delivery method for ransomware payloads,” said Sunil Sharma, vice president of sales for India & SAARC, at Sophos. “It’s easy to be tricked into clicking on a malicious email. Hence, it’s important to create a culture where users are instinctively suspicious of emails which sound too good (or too bad!) to be true, and simply abide by the “don’t buy, don’t try, don’t reply” rule. With Sophos Phish Threat, IT managers now have sophisticated, integrated threat intelligence that combines the strength of Sophos security technologies with a product that tests, trains and analyzes human vulnerabilities. This creates a very powerful solution for businesses struggling to keep ahead of organized cyber crime and preventing users from succumbing to phishing attacks,” he further added.

Sophos acquired the Phish Threat technology in late 2016 from penetration test and risk assessment consultancy Silent Break Security and has since integrated the product into the Sophos Central platform. “I noticed a discrepancy between the way cyber-attacks were being conducted in the wild and what the private sector was calling a ‘penetration test,’” commented Brady Bloxham, founder and former CEO of Silent Break Security. “We built Phish Threat to replicate the mindset of a real attacker, using the complicated methods and techniques in use today. This means assessments are modeled after potential attacks that organizations may face from real hackers. We also wanted to make it more transparent and easier for IT to collate and analyze results – something we hadn’t found in other tools.” Bloxham and the core engineers who initially developed the technology have joined the Sophos Cloud Security Group.

Sophos Phish Threat enables IT managers to create authentic phishing simulation and training sessions, and initiates course corrections for their employees. This helps end-users better recognize what a phishing attack looks like and learn from their mistakes should they get lured into taking the bait. As attacks change with current events, changing seasons and attacker methodologies, Sophos Phish Threat constantly updates its testing framework to reflect real-world threats. IT managers can craft bespoke simulation campaigns for office locations worldwide, just as many cybercriminals are now designing threats tailored by geography.

Avast, the global leader in cybersecurity products, announced the Avast 2019 release of its free…