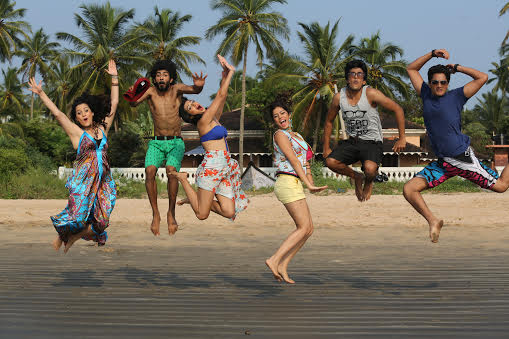 After the phenomenal success of its first-ever original content show for online audiences, #LoveBytes, Sony LIV, Multi Screen Media’s (MSM) premium digital video entertainment brand is all set to roll out its third exclusive digital web series, ‘Tanlines’. The youth focused original web show is made for the digital millennials. Its theme, flavor and medium of consumption are all tailored exclusively for Sony LIV’s younger demographic. With ‘Tanlines’, Sony LIV marches ahead with its promise of a digital-first approach by offering fresh, unique and original content for the digital destination’s urban and tech-savvy audience. The show will be available on the Sony LIV mobile app and website from October 27, 2015.

Produced by Fluence, the show has been written and directed by Prosit Roy who has worked on several popular Bollywood films such as “Jaane Tu… Ya Jaane Na”, “Delhi-6” and “All Is Well”.

“With #LoveBytes, we established our pioneering status in the industry as the first digital video-on-demand (VOD) platform to introduce a show exclusively for online viewers.  With ‘Tanlines’, we’ve taken the commitment of creating and establishing original premium web content for our digital viewers to the next level. This show centers on the lives of six teenagers making that pivotal transition from college to professional life. Split into 13 episodes of 10-15 minutes each, ‘Tanlines’ captures the time the protagonists spend in Goa before they part ways. It is a show that will appeal to all our young viewers who can access the entertainment anytime, anywhere on devices they most love!”