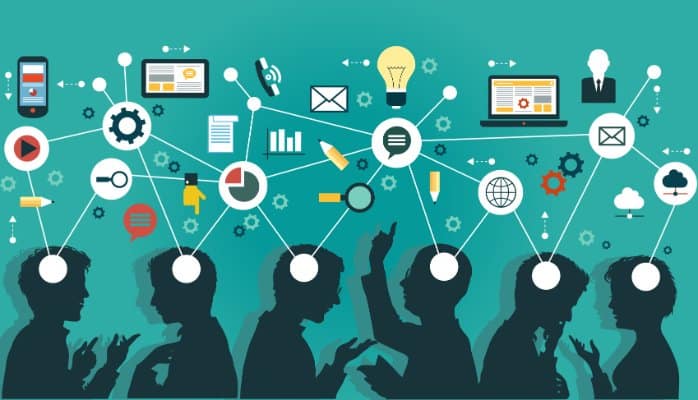 There is an element of trepidation and uncertainty these days when the IT industry, particularly the status of software exports is discussed. In a world where Artificial Intelligence and Robots are expected to take over a large portion of manufacturing and services activities and global corporations are hastening to transform their processes and stakeholder access through digital transformation, is there really a place in the sun for the software exporters from India? Let me start by providing a resounding Yes as the answer – the industry is made of strong stull and will rise and succeed again and we will see how that can happen!

GOING BACK IN TIME

To understand the future, we need to introspect through the past and there is no better place to start than one fine day in the eighties in the offices of the then Secretary- Department of Electronics, Shri N Vittal when a few early industry CEOs were in a meeting with him to request some tax concessions for the fledgling software exports sector. Never one to give anything without a bargain, the Secretary asked the industry to target at least four hundred million of exports in return for a scheme that would pave the way for success – the Software Technology Parks of India (STPI).

A few years later, industry stalwarts FC Kohli of TCS, Narayana Murthy and Nandan Nilekeni of Infosys, Saurabh Shrivastava of IIS Infotech and Harish Mehta of Onward Technologies would come together to start a movement called NASSCOM. And Harish would find a young exuberant leader called Dewang Mehta to evangelise an industry that was to place India on the world map – Software Exports!

The early years of the nineties were one of struggle, with Indian programmers finding acceptance in the US and English-speaking Europe but the industry largely reliant on staff augmentation till the great legitimizing event of Y2K created the offshore software industry. The gleaming campuses of Bengaluru, Chennai, Hyderabad, NCR and Mumbai suddenly were abuzz with young programmers and managers armed with impact analysis and migration tools and prepared for the arrival of millions of lines of code to be remedied and modernized for the new millennium. And as every professional in the industry knows, once a program or computer system is touched by hands other than the ones that created it in the first place, it stays with the new owner to support, transform and integrate into new applications.

A new industry of offshore applications development, migration, testing and maintenance was being created right then. I had the privilege in that transition period between 1995 and 2002 to be part of the leadership team of two success stories, APTECH and Hexaware in Mumbai and also take on the leadership of a fledgling firm called Zensar Technologies in Pune.

No mention of the mood and atmosphere of that era would be complete without an ode to Dewang Mehta. With his plump figure, ever beaming countenance and strange Korean wood ties, his penchant for Fahrenheit perfume and humorous stories of Indian software talent, he was the quintessential salesman and took the Indian software story to every part of the world.

Having been privileged to join the NASSCOM Executive Council in 1994 at Dewang’s behest’, it was my privilege to understand the software exports industry from the original stalwarts and other emerging stars in the nineties like Atul Nishar, Ashank Desai, Jerry Rao and others and become an insider in the $150 bn industry that was created by us, for and with three million of India’s finest talent! And it is a great credit to this industry that even the unexpected demise of Dewang and the appointment of India’s first Minister for Information Technology Pramod Mahajan did not create any mis-steps – on the contrary we have weathered many storms, repulsed all negative forces of regulatory issues, technology shifts and customer demand changes, worked closely with Governments and eco-system partners and always emerged triumphant!

If the turn of the millennium with the rise and fall of Y2K opportunity and the swelling and bursting of the Dot Com bubble was the turning point for the Software exports industry from India, it has been the waves of innovation that followed that have sustained us and enabled us to grow and retain dominant market share in offshore outsourcing – of technology, business processes and products and now digital platform development.

The first wave was the evolution of packaged software and our ability to embrace implementations and offshore support. The second wave was the support of infrastructure for our clients and the third was to take over entire business processes, from outbound and inbound voice and technical help desks to complex business and knowledge processes that enabled the billion-dollar club members and many of us running smaller firms to emerge as full-service providers to Fortune 500 and FTSE 100 customers.

In the period 2010 to 2017, the industry has truly matured across five dimensions – traditional custom built and package software, infrastructure and business process management, engineering services, product development and global in-house centres of large corporations. And the more entrepreneurial firms have made early moves to partner their clients through their digital and e-commerce journeys.

Our industry beating record at Zensar between 2011 and 2016  of five years of over 40 percent annual market value growth is just one data point that  shows the incredible value our industry has created – for shareholders, customers, employees and the overall positioning of India as a force to reckon with !

When I peer down memory lane from 1992 to 2017 including the defining period of the millennium years, two constant factors emerge – NASSCOM as a guiding light and Dataquest magazine embodied by Pradeep Gupta and a series of worthy editors – Shyam Malhotra, Subramanyam, Prasanto and others who served as friends and commentators for the industry and stepped in to play a role when needed to keep the momentum going.