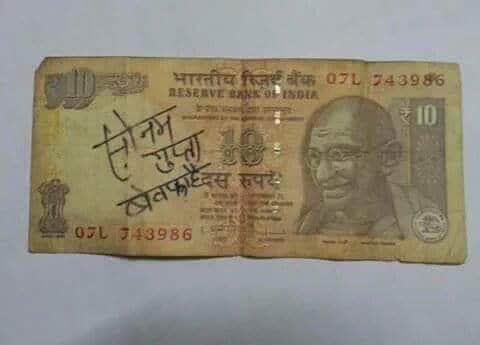 The name ‘Sonam Gupta’ has resurfaced on all social media platforms after her deceitful wrongdoings are making a second round on the internet. Sonam Gupta became an internet sensation earlier this year when a Rs 10 note went viral with ‘Sonam Gupta Bewafa Hai’ written on it. A betrayed lover might have once jotted down the words to warn others about her. But it was just the beginning. The message was copied by others on other denominations of Rs 100, Rs 500 notes and even on coins.

The internet is engulfed with a series of ‘Sonam Gupta Bewafa Hai’ posts, memes and jokes. Girls with the same name are sharing their experience as the viral message has suddenly brought the limelight onto them, “My friends and colleagues are not missing a single chance to crack a joke when my name comes up. Even my Whatsapp chats are overflowing with memes and troll images” said one of many Sonam Guptas.

Though nobody knows who wrote it and who she is, but girls with the name ‘Sonam Gupta’ are being trolled on social media platforms. After new notes are in circulation, the attack on ‘Sonam Gupta’ has taken the new turn. Recently the same message ‘Sonam Gupta Bewafa hai’ appeared on Rs 2000 note.

Sonam Guptas all over India are being judged now with trolls and are getting tagged in comments on Facebook and Twitter. Later, the troll went so viral that she became an international bewafa. 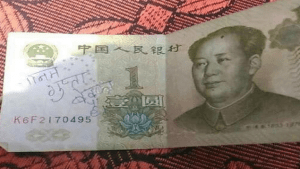 Apparently, Sonam has now finally answered to her lover after fretting so much on her social media news feed. The reply from Sonam Gupta has hit the social networks. 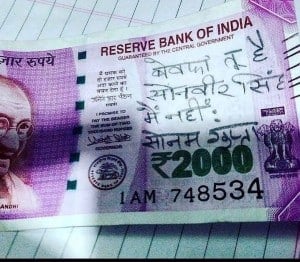 Although it is a trivial issue, it has entertained people on WhatsApp and other social networks beyond proportions. In a way it tells what social media can do. It can make and break the image of a person, of a brand and of a company.