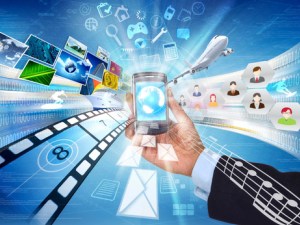 Zinnov,  a management consulting firm, released an interesting study on the Smartphone adoption in the country and said that India is at the cusp of digitization, mainly driven by mobility. The study titled “India Smartphone Market: Witnessing Exponential Growth”, brought to light the various factors that are propelling the smartphone adoption at an exponential pace in India.

Growing competition resulting in price reductions; the ease of access of content and language localization; government Incentives through “Make in India” and prevalence of internet-enabled services on smartphones are some of the reasons for this propelling growth.

The released study read that approximately 81 million smartphones were shipped in the year 2014, making it a 51% Quarter-on-Quarter growth. Smartphones are already outpacing the growth of feature phones and are
expected to show a massive 36% CAGR over the next 5 years making it to the 651 million mark by 2019.

The unstoppable surge of smartphones in India continues with 29% of urban population with a base of 409 million users adding to its adoption. Smartphone users in Mini Metros and Tier-I / II cities show an evolved usage of smartphone, similar to that of Large Metros. Infact the study highlighted that smartphone users in Mini Metros and
Tier-I/II cities match their Large Metro counterparts’ w.r.t. usage of Online Apps and Browsing.

Putting light on the vendor scenario, the released study said that home grown vendors though commanding a major share, are facing a stiff competition from chinese vendors. It read that while Chinese brands are gaining prominence, with Xiaomi recently surpassing all other brands in sale of 4G LTE smartphones; Micromax is also threatening the
dominance of Samsung in the domain. “With consumers spoilt for choice, domestic smartphone vendors will have to increasingly focus on streamlining operational processes and investing in R&D for
differentiation”, said Arvind Rawat, Engagement Manager-Market Expansion Advisory, Zinnov.

With users spending significant time on their smartphones, these devices are indeed emerging as a multi-activity portal for everything right from Entertainment, to Communication, to being Informed.

Last but not the least, the released study read that these smartphones are indeed changing the way consumers shop. Right from user research to Product Anytime & Anywhere, smartphones are an emerging point of
purchase. And to address the demand from Tier 2/3 cities and changing consumer shopping pattern, ecommerce companies are increasing their focus on mobile commerce.